This weekend, my heart is a little heavy because of the events and social media posts I saw yesterday. First, there was another school shooting as most people in the US already know. While I don’t live anywhere near where the shooting happened, I wonder what the future holds. What kind of world do we live in where our kids can’t even be safe going to school? When I was a kid, I never thought of anyone bringing a gun to school. School shootings weren’t heard of. Now it seems as though there’s at least one every month. A friend of mine who grew up in northern Maine where hunting is quite common told me about how people would often have guns in the back of their trucks, but she never feared for her safety. Her peers didn’t play with guns and they certainly never brought them into school to shoot people. I think far too many people have access to guns that they shouldn’t have, but I don’t think that’s the entire issue. In my opinion, we don’t pay enough attention to mental health and more specifically why there are so many mental health issues in our children. We need to get to the root cause if we ever are going to stop this.

I’m not just talking about major mental illnesses. I’m not trying to further stigmatize an entire population of people because not everyone with a mental health diagnosis is violent. What I’m talking about is the disconnect between people and valuing themselves and others. It’s like there is no consideration of life. Other people’s lives don’t matter especially if those lives are different than your own. We need to find out why our children are so depressed. Why do most of us feel so alone when this is the era of connectedness? Of course most of those connections are superficial and I think many of the problems stem from that. Out of all our connections online, how many of them do we talk to on a regular basis? How many of them do we see in person? I’ve read some articles that say that parents spend more time with their children now than ever before, but I don’t see how that could be true. Maybe they spend more time in the same physical space, but it seems the disconnect is more apparent than ever.

I saw a post yesterday on Facebook about one of the local high schools. According to this person’s experience, many of the teens are getting bullied. They get called fat, smelly and unwanted. Some students scream white power in the hallways and from her account an autistic person was pushed down the stairs and that was just bits and pieces of her post. One commenter mentioned that this was happening in high schools everywhere. High school is no picnic for most people, but this is really sad and scary.

There is so much hate out there. I know it has probably always been there, but I’ve never noticed it as much. Maybe it’s because I’m from a relatively small place. Maybe it’s because people never had this many avenues to express it. I don’t know if this is the way people have always been behind closed doors, but I am noticing that people seem to be more comfortable expressing it in public. Social media can be a great thing and I see lots of positivity being spread every day. It’s a great way to find like minded people. Unfortunately, the people that have hate in their hearts can find like minded people as well and there is strength in numbers.

One of my Facebook friends posted An experience she had during her child’s field day activities. She is a blind woman who happened to be interacting with her child and and the group of children she was hanging out with. Some of the children were making negative comments so my friend intervened and encouraged them to say positive things to each other. There’s nothing wrong with that. I wouldn’t like my daughter saying hurtful things to others. Anyway, a couple of the parents had an issue with this and were talking amongst themselves about how blind people should stay at home and stop getting in the middle of everything. One of the mothers said that she couldn’t believe the government gave them money every month and they should stop strutting around. I have paraphrased some of the post, but it was really hateful. If you are interested, you should read it because she actually has a positive spin on it and isn’t letting it get her down.

Is it just me or are people more entitled than ever? Why do they feel the need to get involved in other people’s business when it doesn’t effect them? One example that comes to mind is when a friend of mine worked with people who have intellectual disabilities. Part of her job was to go grocery shopping with them. She asked one of her clients which brand of catsup he wanted. A customer next to them jumped in and asked why she’d bother to ask him because he won’t know the difference. “Why don’t you just get him whatever?” My friend explained that she always asks her clients about their preferences and yes in a lot of cases, they do know the difference.My first thought was, mind your own business! How is it really effecting his day? What does it matter to him what brand of catsup the disabled guy gets? Why does this hateful guy care whether he knows the difference or not? He doesn’t care nor does he want to be educated. He got the urge to be hateful and it made him feel better to treat others badly. He insulted the guy’s intelligence and continued to talk about him as if he wasn’t even there standing in front of him. I wonder how he would feel if he were the one who needed help shopping for groceries. Would he want to be given the choice or would he want everyone to assume he wouldn’t know the difference? This stuff makes me angry and just think, these are the people raising the next generation.

I often see people who are making positive changes in the world. In a lot of ways, things are better than they were in the past, but then you see these seeds of hatred. It moves us two steps backwards every time it springs to the surface. It’s like a stain you can’t get rid of. You wash it until it’s faint, but you always know it’s there. There’s always one tiny speck that won’t disappear. Today Rosebud said, “I’m a butterfly with wings. I jump like this. I jump right up into the clouds.” Doesn’t that sound like a better place to be? A butterfly flying through the clouds? 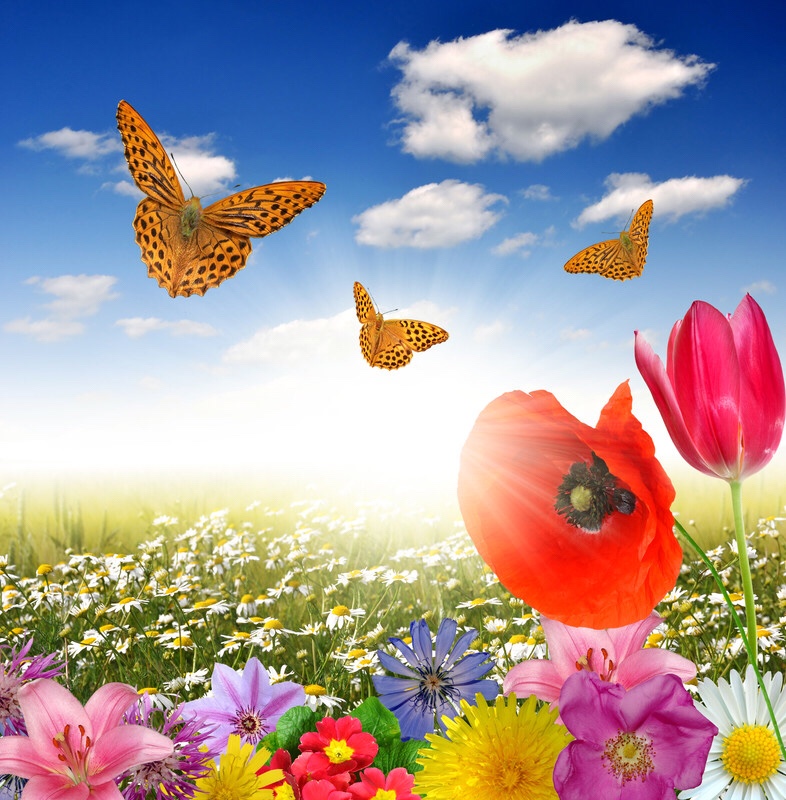