It was late in the afternoon. You know, the time of day you start to fall asleep, but if you’re lucky, you get a second wind. If you’re not lucky, you can always get some coffee and hope for the best. So my ex and I decided to walk to Dunkin’ Donuts for ice coffee and a donut as we often did. Everything went as planned. The walk was nice, the traffic wasn’t too crazy and we had ordered our donuts and coffee.

As we walk out of the store, this older man stops us and thrusts a 1 dollar bill in my hand. I had never had this experience so I ask the guy what it was for. He says, “it’s for you.” I said no thank you. I don’t need any money. Keep it.” I said all of this in a nice way. He kept insisting and I kept saying no thank you. After a couple go arounds, I kept the money because he wouldn’t take it back and I didn’t want to cause a scene. I might have given it to someone else to pay it forward, but I was basically out the door. 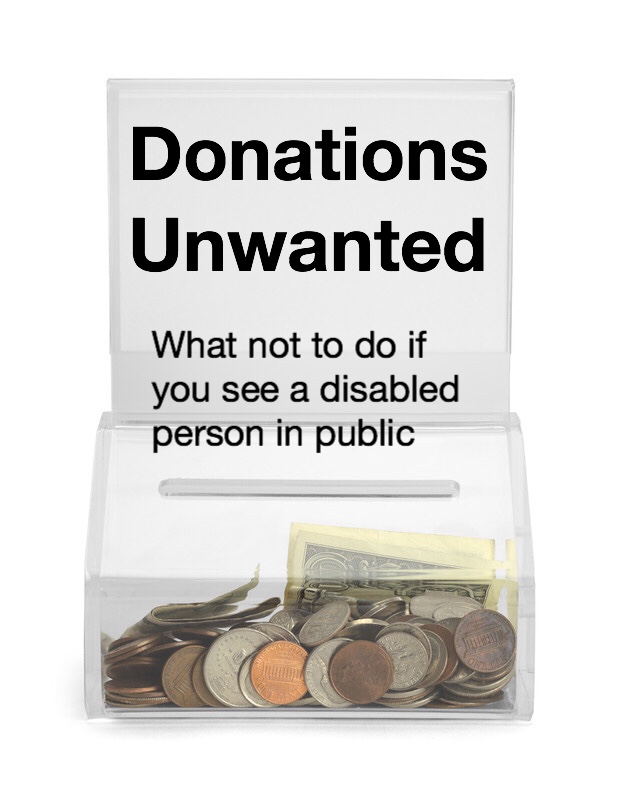 I felt stunned and didn’t understand why someone would want to give me money like that. I didn’t look like I needed it. I was dressed in nice clothes, I clearly had purchased my food already and I certainly wasn’t looking for a hand out. If you give money to someone who obviously needs and is asking for it, that is your choice and there are different expectations around that, but you don’t go throw money at people just because you pity them. Some people say to just feel grateful because the guy was doing something nice. That’s all well and good, but when someone gives charity out of pity, it’s demeaning. 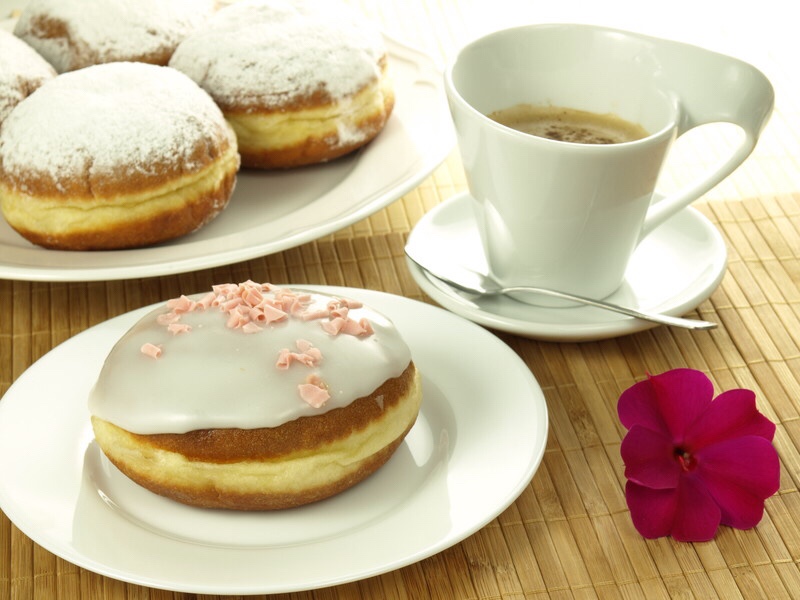 If the guy was ahead of me in line and paid for my coffee, I would consider that kind because lots of people do that as a way of paying it forward. I have been the recipient of that and have done that for others. It’s not based on pity or obligation. If this man wanted to do something charitable, there are millions of organizations he could donate to. There are tons of places doing research that he could contribute to if he wanted something related to disabilities.

Oh, another thing, what could I get with a dollar now days? You can’t even get a pack of gum or a candy bar for a dollar. If the candy bar is 99 scents, the tax puts it over a dollar so I guess I’d be out of luck. All joking aside, I work, pay my own bills and donate to organizations when I feel the cause is worthy. The sad part is I shouldn’t have to be telling people this. When I come across someone on the street, I don’t automatically assume that they don’t work or that they have a horrible life.

When I was a child, there used to be a blind man that sat in front of the grocery store usually with his accordion. Of course he had a tin cup sitting there for people to put money in. Whenever I’d walk by I’d be embarrassed for him. Everyone knew about this guy and occasionally people would mention him to me. I’d ask myself why he was sitting there basically begging and why he couldn’t get a regular job. I never liked that he was there because if people saw me with my visual impairment, they’d assume I was like him. Eventually he started appearing less and less, but perhaps that older man in Dunkin’ Donuts had that image in mind. The image of someone in need and not capable. I find that some of these assumptions are long-lasting and extremely hard to change even when there is plenty of evidence to the contrary. 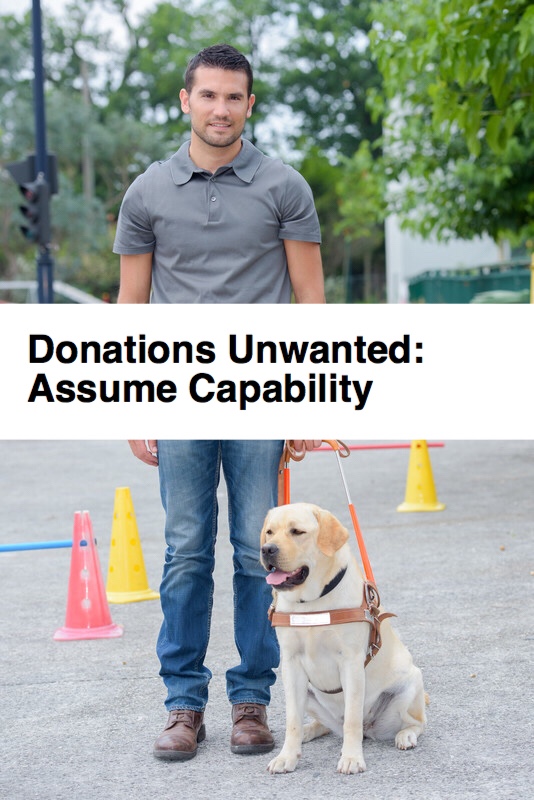 I am generally kind to others and am grateful when people are kind in return. I appreciate gifts from those who know me, Curiosity that comes from genuine interest and I will accept help when it is given with kindness and understanding, but I am not and never will be comfortable accepting charity out of pity. I am a person who believes in hard work and caring for myself and others. I am a person not a charitable cause.