Did you know that April is c-section awareness month? I didn’t. I didn’t know much about C-sections until about 15 minutes before landing on the operating table, so I thought now would be a good time to share Rosebud’s birth story. 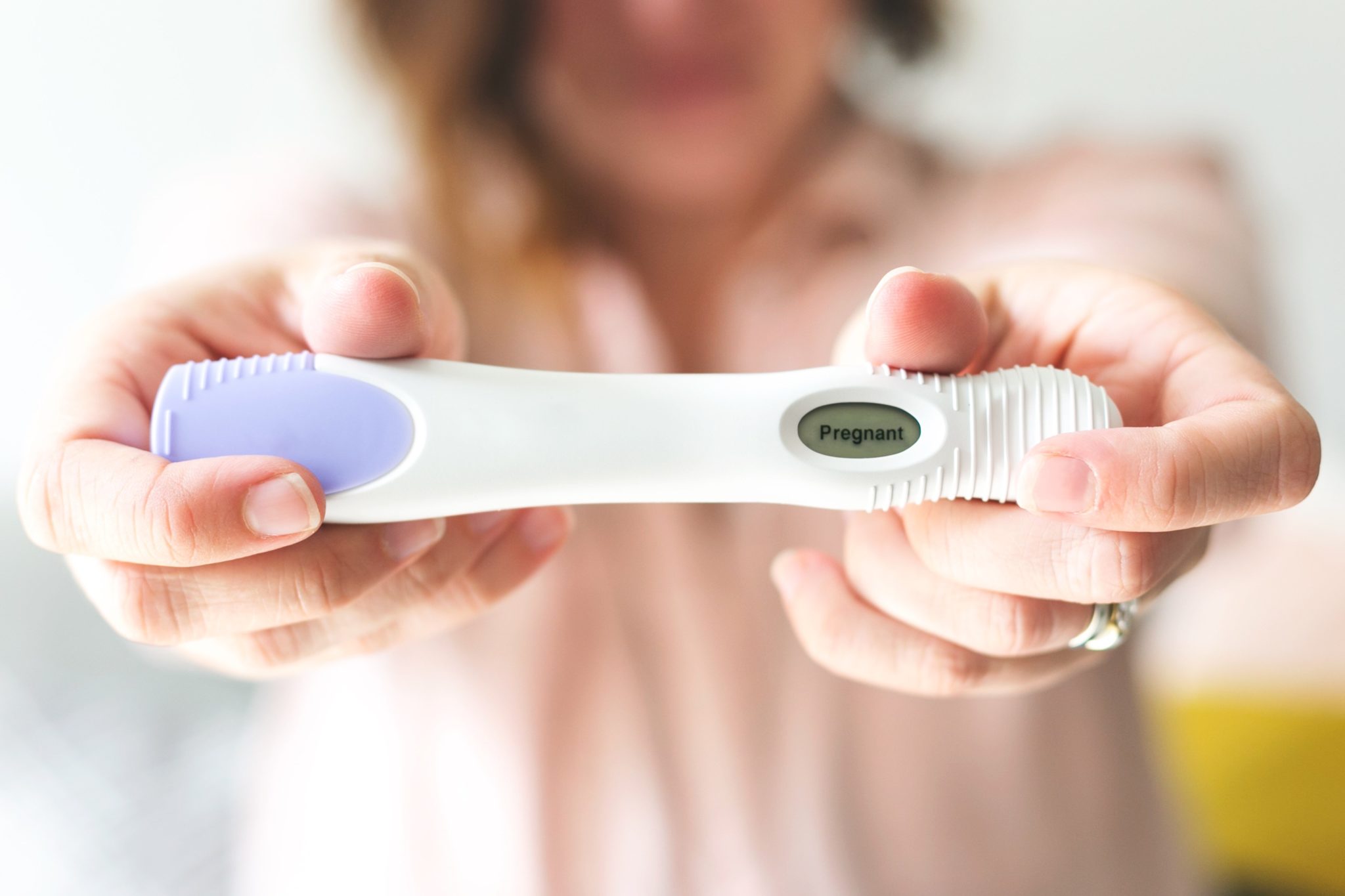 When I found out I was pregnant, one of my first thoughts was, oh my god! I’m gonna have to give birth. This is is going to hurt more than anything and how am I going to get through it. I was overwhelmed by the idea. It was scary, but I tried to put that thought out of my mind. I told myself that I’d cross that bridge when I got to it. when I had my first appointment with the midwives, they asked about a birth plan. I had no idea what I wanted, but when they mentioned that I could have a water birth, I liked the idea. I heard it was more relaxing and less painful. That’s what I was going for. Either way, I always expected a natural birth. 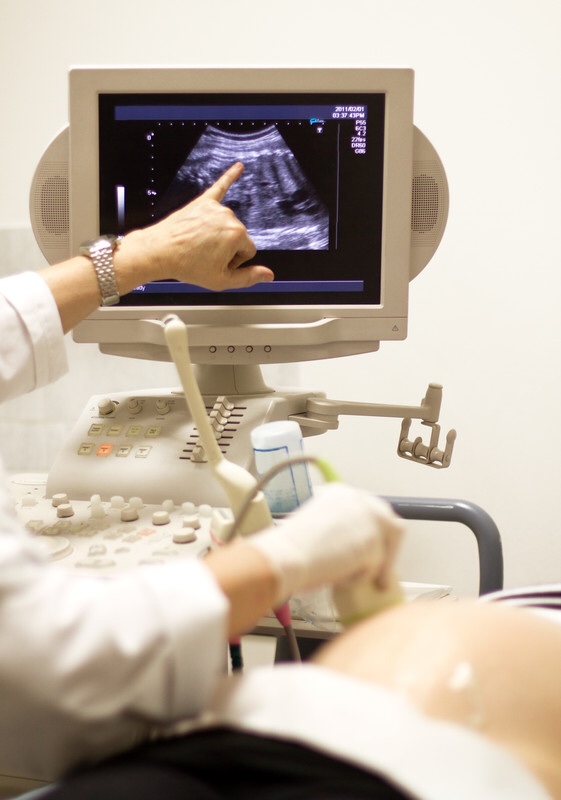 After Rosebud’s first ultrasound, they discovered some complications. She had a Velamentous chord insertion which basically means that the chord had become attached in the wrong place. With this condition, the vessels are exposed and they can rupture during labor. In some cases, it can cause still birth. When they explained this condition to me, it was a little confusing and worrisome, but they told me that it wasn’t going to be a big deal, but that they would be monitoring me closely. They told me that they would have to do an induction if I didn’t go into labor by 39 weeks, but both the midwives and doctors said that I wouldn’t have to have a C-section. They said I could have a natural birth. At the time I believed them, but a little piece of me knew the writing was on the wall. 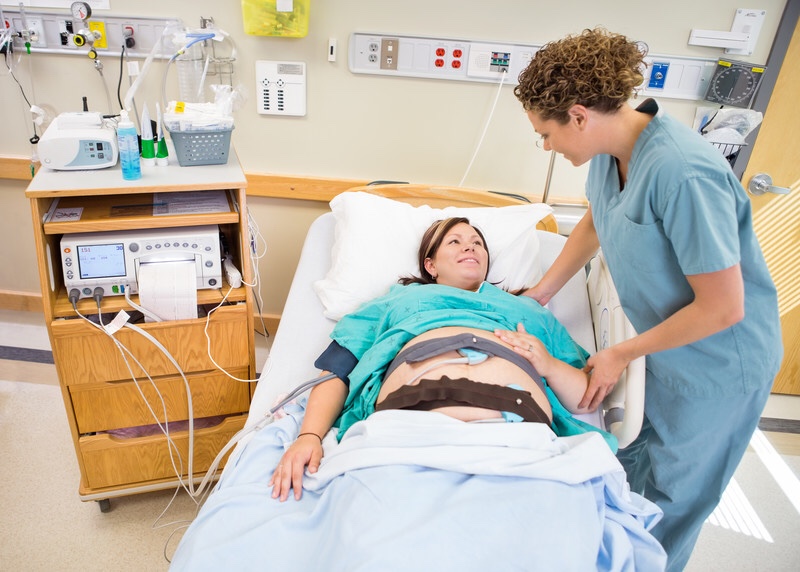 Since my plan was to have a natural birth, I never bothered to do my research. On one hand, maybe it was better that way because I would’ve been even more scared. On the other hand, I would’ve known about potential complications and what to expect during recovery. I could’ve learned about a Gentle C-section. Luckily, my midwife and doctor used many of the elements of a gentle c-section, but I had no idea it was a thing until this past year. Anyway, after the Velamentous chord insertion diagnosis, a water birth was out of the question. The midwives told me it wouldn’t be safe, so I opted for a natural birth with no medication. As my pregnancy progressed, everything was going well. Rosebud was healthy. We passed all our tests. Towards the end of my pregnancy, we had to go in for stress tests twice per week. While they were annoying and I could tell Rosebud didn’t like them, I was glad to hear her heartbeat and her constant movement. As expected, I made it to week 39 and still no signs of labor, so an induction was scheduled to start on a Sunday night. 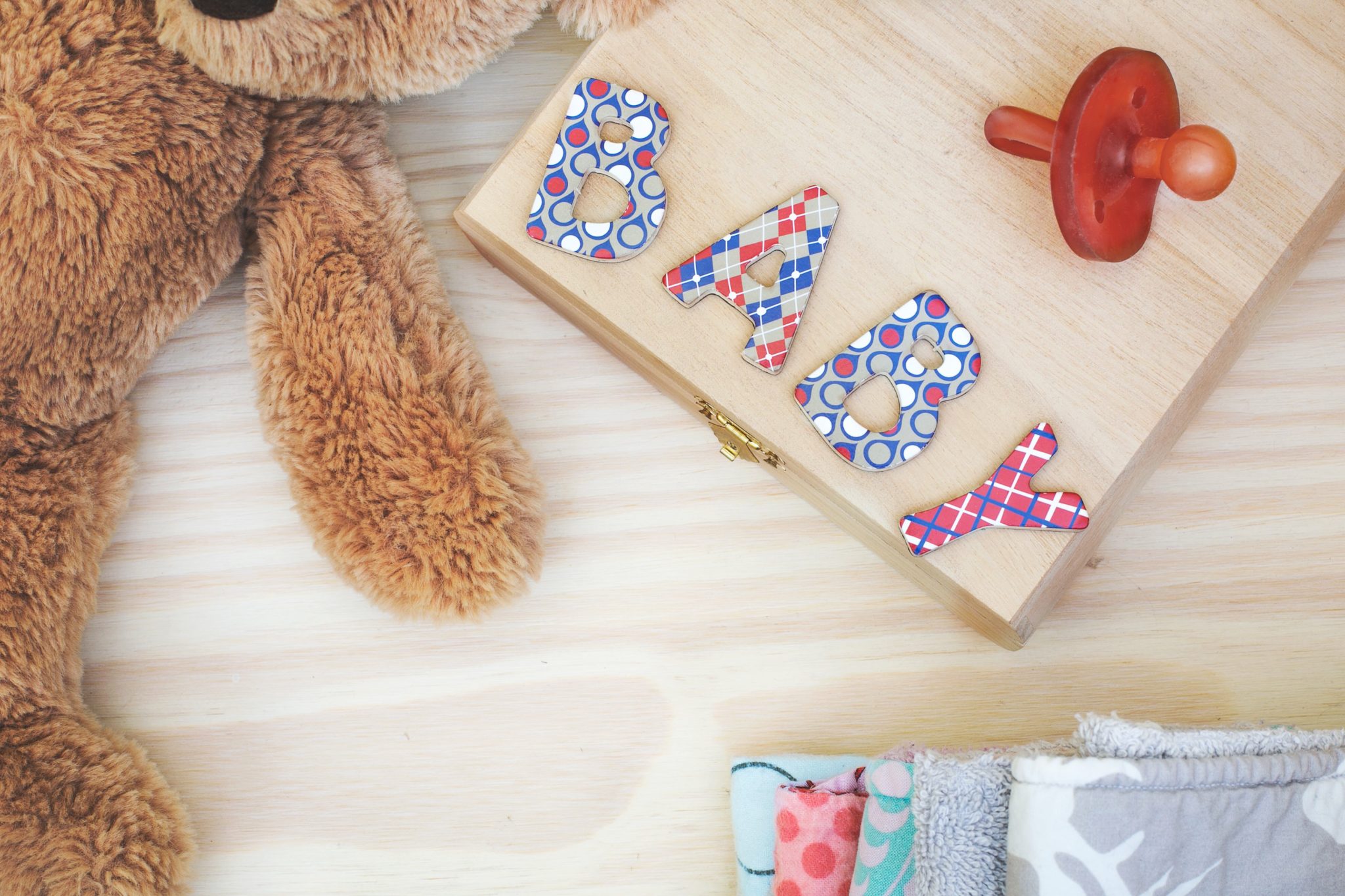 The first night was long with barely any progress. They kept upping the dose of Pitocin over Sunday night and throughout Monday. There was still no baby. I was having contractions, but they weren’t painful yet. That night, they decided to use the Foley balloon catheter. That’s a torture device if I’ve ever seen one. Just like that, my birth plan disappeared because now I was getting medication for the pain and to help me sleep. My next step, was no epidural. I was progressing at a snail’s pace. By Wednesday afternoon, there was still little progress and they had me on the highest dose of Pitocin. I think my insurance company told the hospital to get me out of there because they said I could go home and wait a couple more days to see if I went into labor naturally or I could stay and get a C-section. 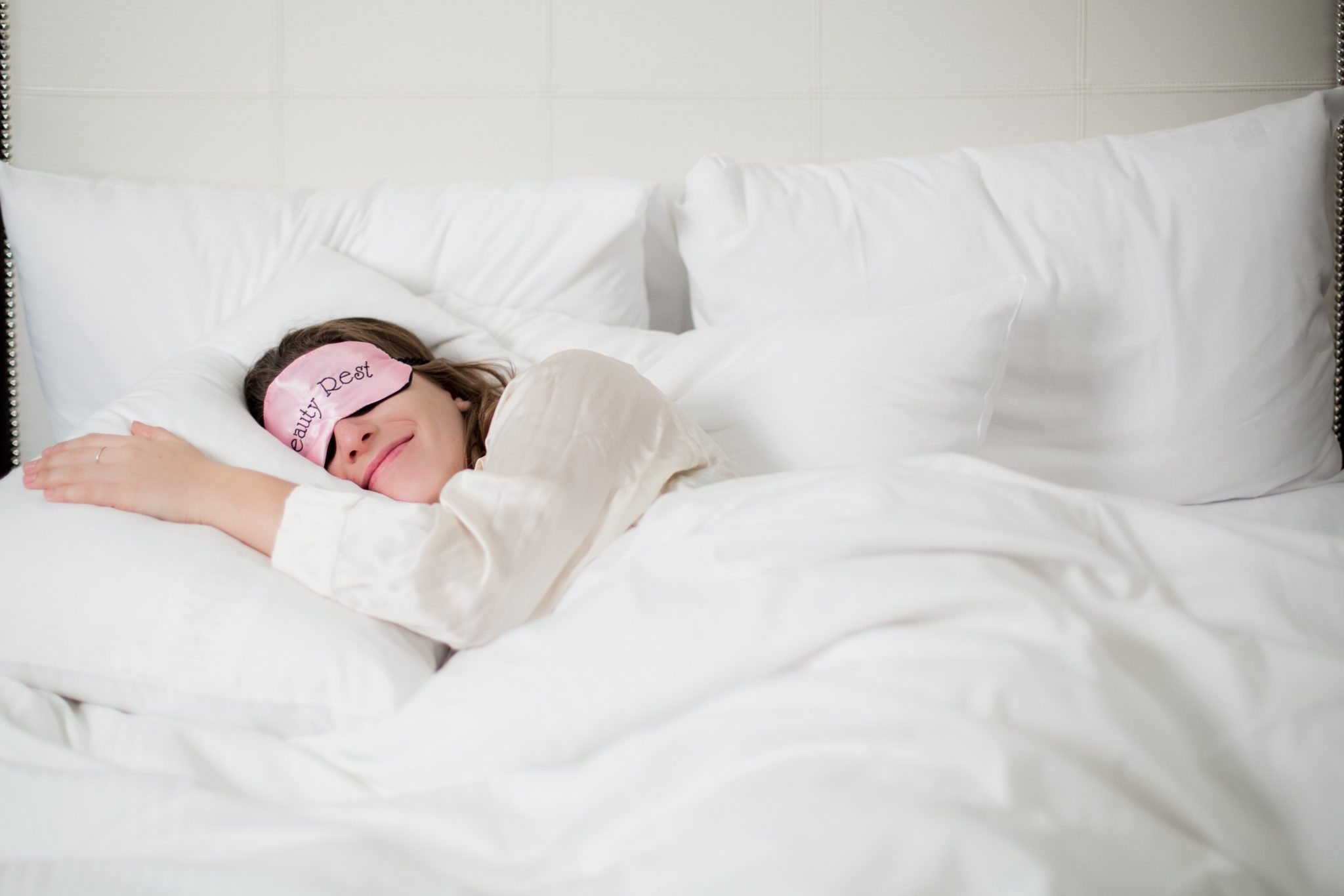 Going Home Without my Baby

I decided to go home and rest. I was so exhausted already and hadn’t even had my baby yet. She was still healthy and I was still healthy, so I thought I was making the right decision. A C-section is a major surgery, so I wanted to avoid it unless it was absolutely necessary. There was also a part of me that wanted to prove to myself that I could do it. I spent that night at home in my bed and I actually slept. All I remember from that next day was going grocery shopping. It was pretty close to Christmas and the stores were crowded. I was so uncomfortable walking around. Later that night when I was about to go to bed, I got a call from the midwives telling me I couldn’t come in the next day for my second scheduled induction because there were too many women there already. I told the midwife it was okay, but it wasn’t. I was pissed and I bursted into tears as soon as I hung up the phone. By then I was done. I was done with being uncomfortable and I didn’t want to be induced a second time. I had heard Pitocin contractions were more painful than natural contractions and while I don’t have much to compare it to, I’m sure that’s accurate. 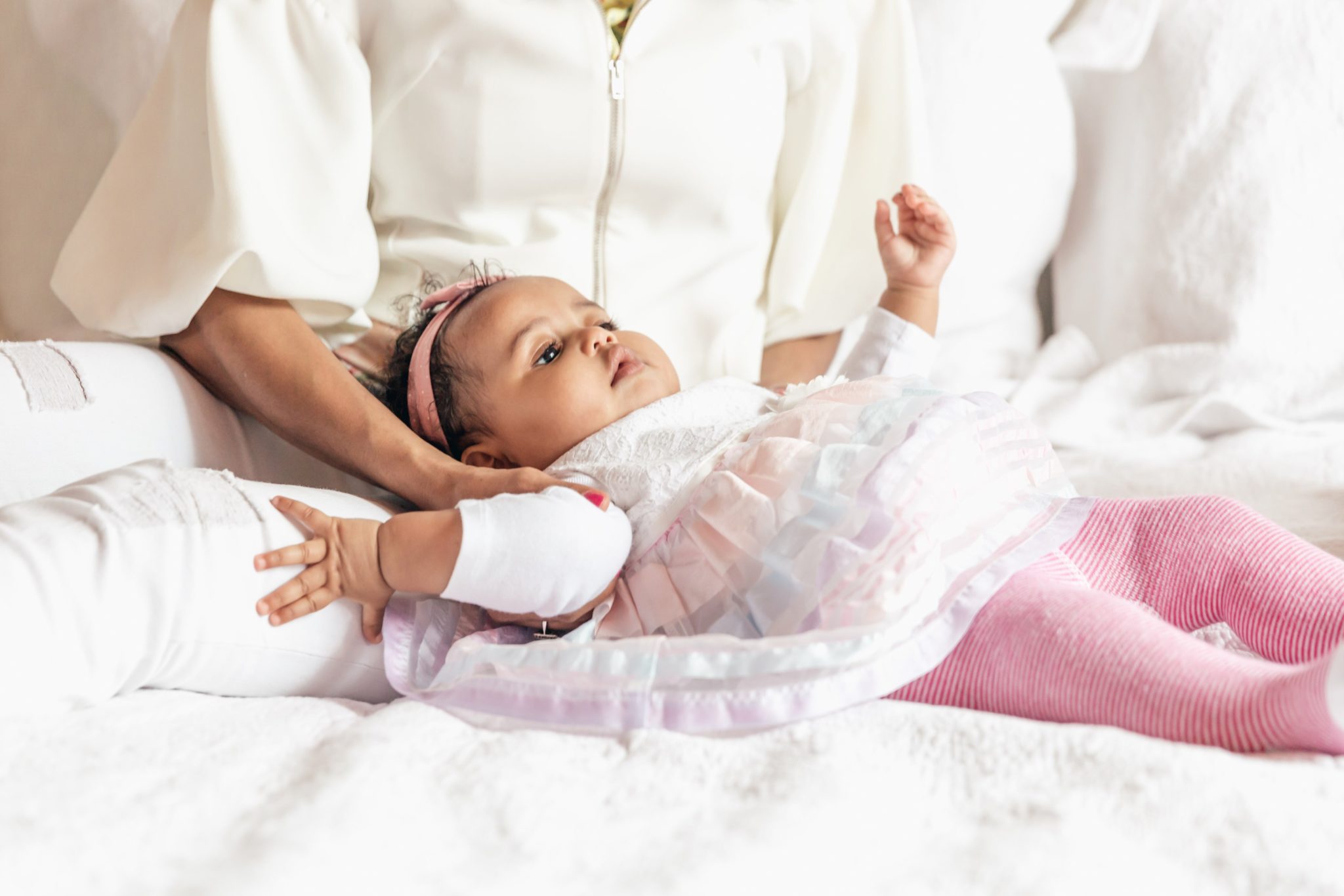 I woke up around 3 A.M to use the bathroom and my water broke. Finally we were getting somewhere. I went back into the hospital and they checked me again, but there was no progress other than my water breaking. The induction started all over again, but they increased the Pitocin at a much faster rate. I started to make some progress, but after about ten hours, the pain was becoming unbearable and we weren’t getting much closer. I finally caved. I asked for the epidural and things went downhill from there.

A couple hours after getting the epidural, the complications started. Rosebud’s heart rate started to increase, I suddenly had a fever, was lower on oxygen and couldn’t urinate. Sorry, tmi. Rosebud’s heart rate and the oxygen mask scared me. It was happening so fast and I had no idea why. It was probably effects from the medication and the epidural plus being induced twice. My body couldn’t handle it. At this point they recommended a C-section. They asked if I’d consent to one. I said yes, please. Let’s get this over with. By this point it was getting late into the night. I’d basically been in labor for the previous week and I wanted to see my baby. 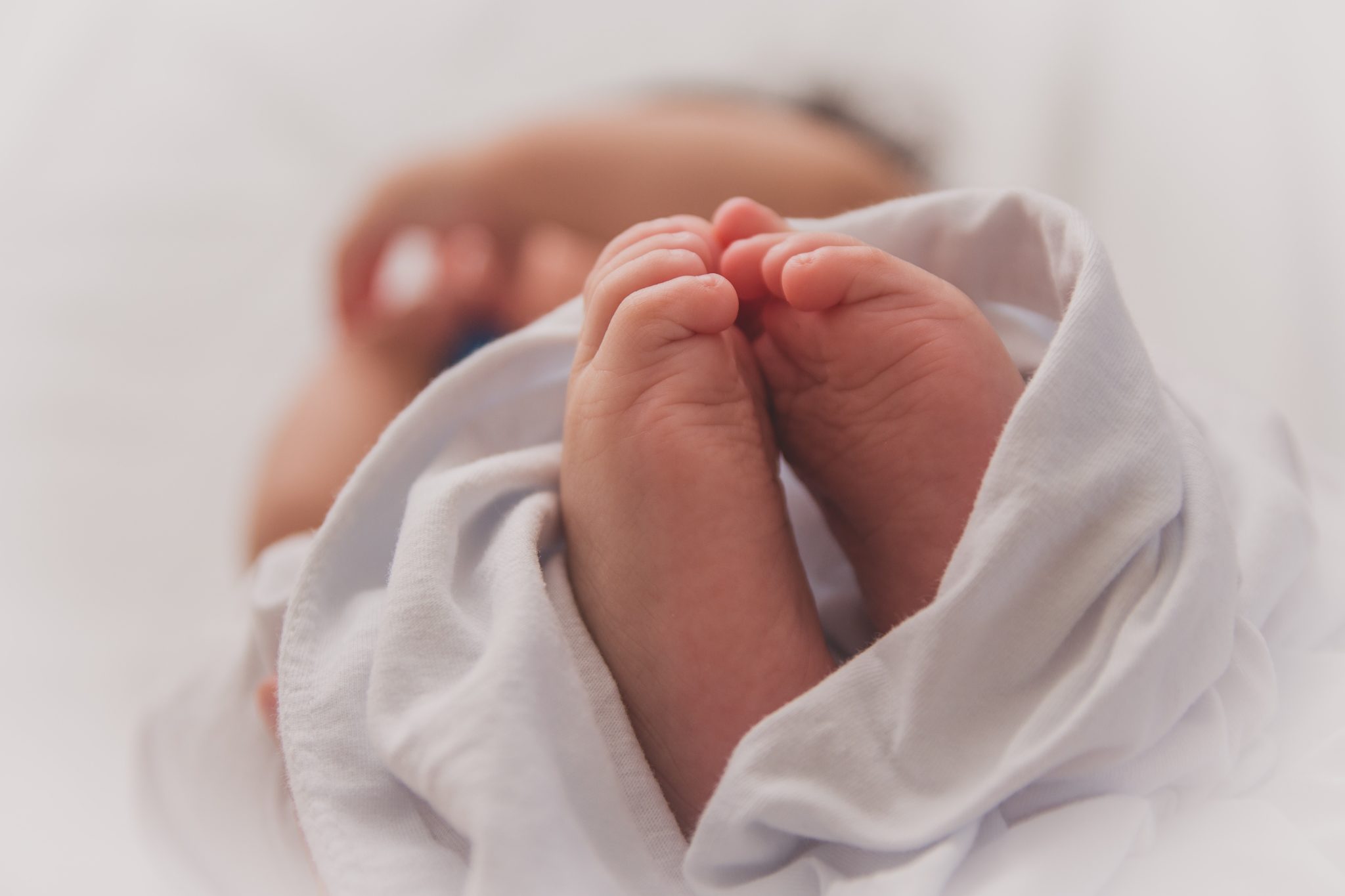 About 15 minutes later, I was being wheeled into the C-section room. The anesthesiologist I had previously seen was back to give me the spinal this time. I barely felt it. The next thing I knew. I was numb and they were lifting me onto the table. They put the drape over me and got to work. They put that damn oxygen mask over my face again. I couldn’t breathe and it was scaring the shit out of me. I think I was in shock from everything happening so fast, but The anesthesiologist was wonderful. He was doing his best to keep me calm through everything. I felt some pulling and tugging and then I heard my baby cry for the first time. The crying didn’t last long. She had suddenly stopped, but everyone sounded happy, so I knew she was safe and healthy, but I couldn’t hold my baby right away. I couldn’t stop shaking and I didn’t feel it was safe, so they wrapped her in a blanket and placed her right next to my head. I could feel her little arms and legs and talk to her for the first time. That’s not how I wanted her to be born, but she was finally here. 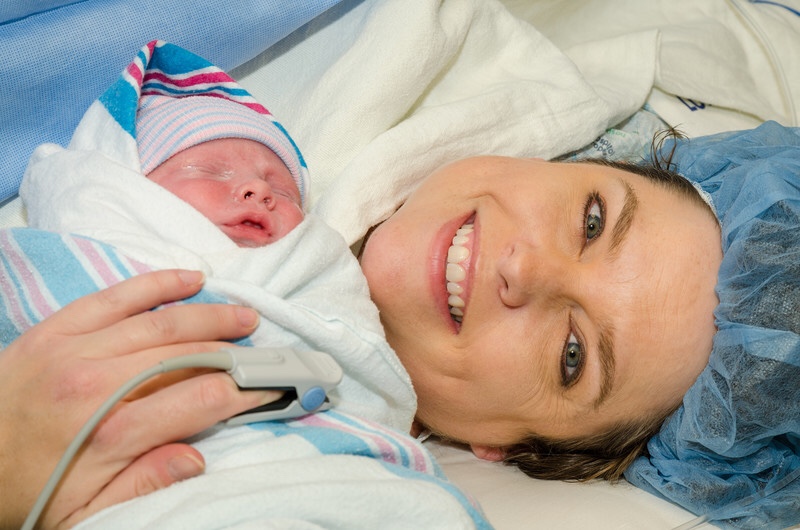 Once we got back to our room, I was able to finally hold her and nurse for the first time. That was more difficult than expected, but that’ll be another post. As the night went on, I was able to get up and walk around. I didn’t feel much pain since I had plenty of pain meds. I thought things would be fine now that it was over with. I wasn’t prepared for the swelling that felt like it was never going to end. I had no idea about the complications that a C-section could cause for nursing mothers. I didn’t know that it takes longer for milk to come in after a C-section. I didn’t know I’d be in so much pain after I went home even with the prescription they gave me. I didn’t know I’d feel like a failure. Yes, I gave birth and my baby was healthy, but I still felt like my body betrayed me. Not only was I unable to give birth naturally, but now I was having such difficulty nursing. It became my mission to make my body do something right for once. I didn’t know I’d feel so depressed and sad. There is so much pressure to be perfect mothers and perfect women. 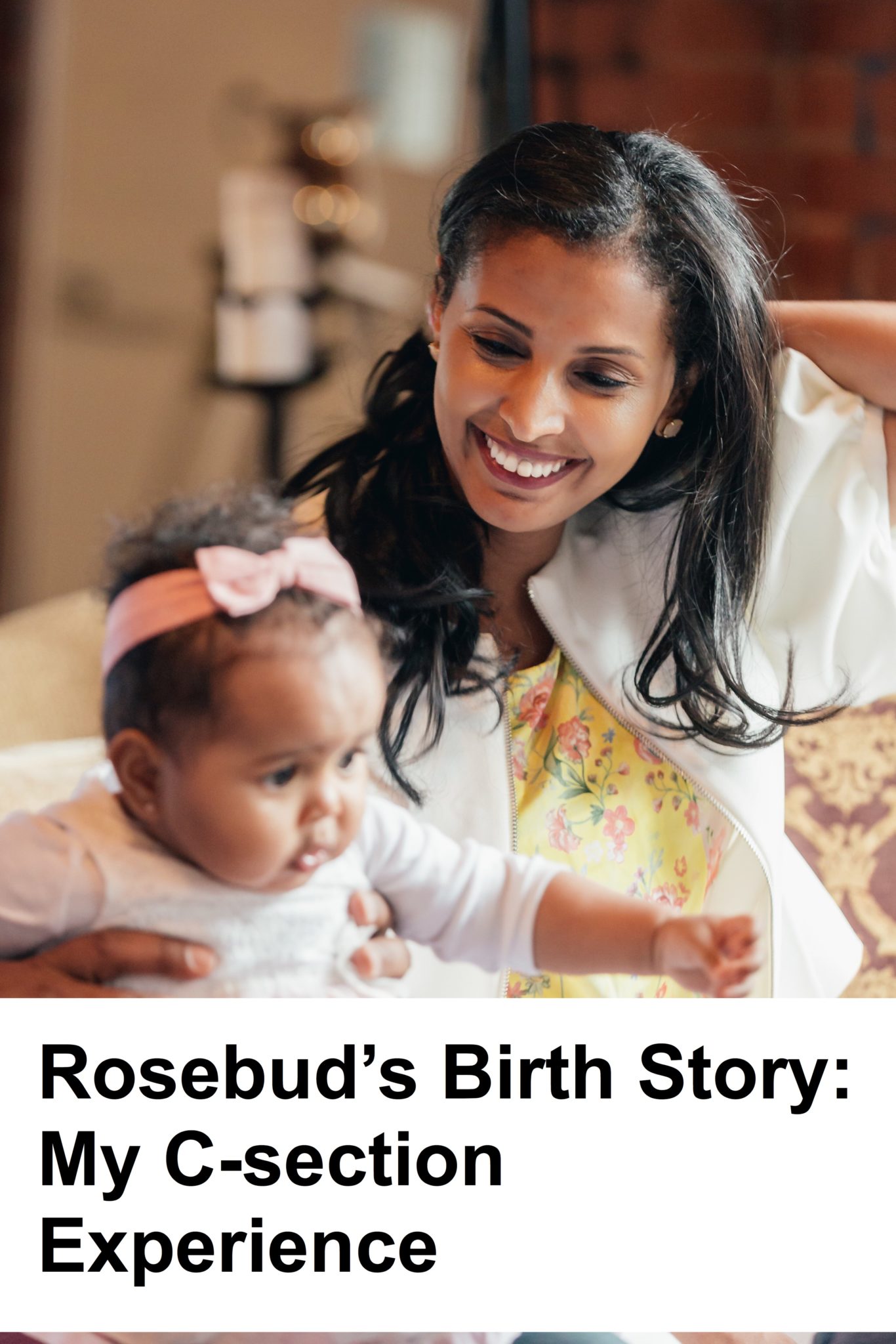 Everyone was telling me that it didn’t matter how my baby was born, but it mattered to me. It was an emergency C-section and it was traumatic. It was scary not being able to breathe on the operating room table and to not have any control of my body. It turned out that the reason that was happening was because I’m short and the spinal went a little too high. The thing was I could’ve lost her and that scared me the most. Nothing about my pregnancy, labor or delivery went as planned and I should’ve been expecting that, but it was extremely disappointing. Rosebud is three now and I have come to terms with my birth story. In the end, I know I did what I had to do. I have a happy and healthy daughter and that’s what has always mattered. 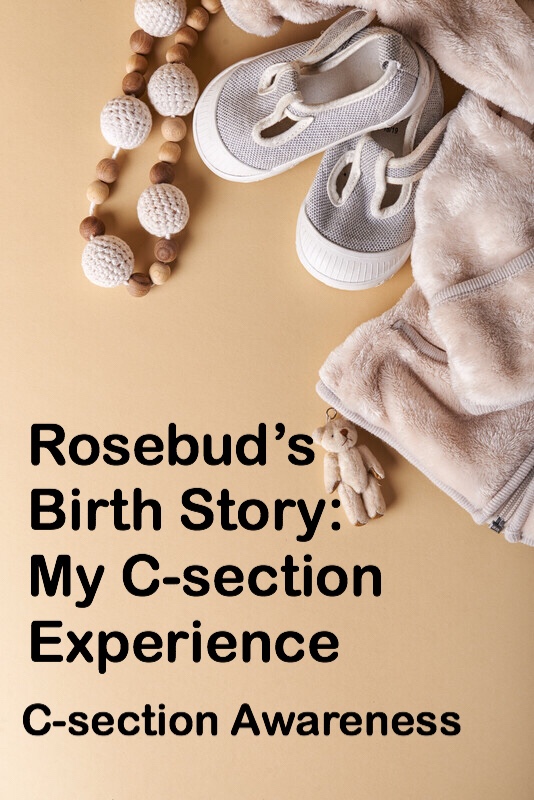 C-section moms are not failures. We are strong mothers. Some of us brought our babies into the world through extraordinary circumstances and for others of us, it was planned this way. We did what we needed to for our own health and for the health of our unborn children. While we didn’t bring our babies into the world the natural way, we have our own stories to tell that are just as valid and meaningful.