This is one of those slippery issues because it involves family, gift giving and societal pressures. Have you ever been in the situation where a family member gives your child a toy that was completely inappropriate? It could’ve been a toy that was developmentally too young or too old. Maybe it was something you’ve already said flat out no to, but they showed up with it anyway. Perhaps, they gave your four-year-old, a highly suggestive twerking doll. Yes, that really happened to a family member of mine. 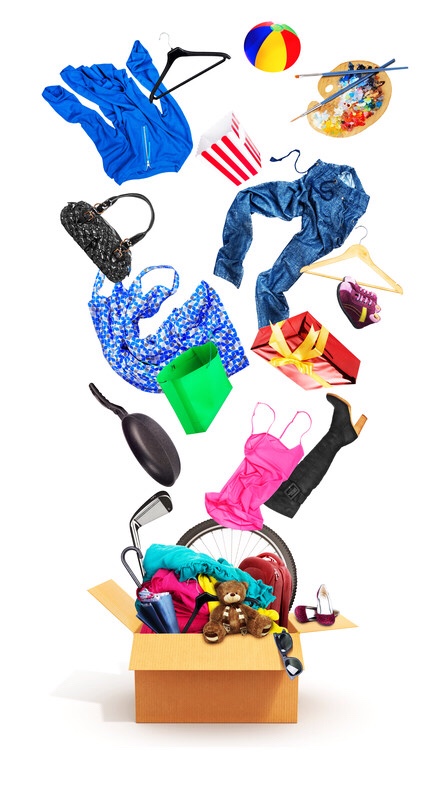 My mom took Rosebud grocery shopping today and they stopped by the toy isle. They came home with toy squirt guns and that’s where it gets uncomfortable for me. First, I know my mom is just being nice by buying her toys, but she usually buys balls, coloring books and stuffed animals. The toys you would expect. She grew up in a different time and we have a huge hunting culture here where I live. However, I’m opposed to hunting. Not to mention, when I was a little older than Rosebud, I played with squirt guns. I had one of those super soakers. If you remember those, they were big and a pain in the ass to carry around once they were filled with water. Most of my friends were boys at that time in my life so I played with what they played with. Did I have fun? Yes. Did we hurt anyone. No. Did we know the difference between our toys and real guns? Yes, absolutely! Many of my friends parents had talked to them about guns because they were kept in locked cabinets mainly for the purposes of hunting, but my friends knew not to touch them because their parents had talked about the safety risks. When I was about ten, my brother who is much older than me, showed me his gun once and told me that if I saw it anywhere in the house to never touch it. I don’t know where he kept it. I’m assuming it was in his bedroom, but just seeing it and knowing what it could do scared me.

My short phase of shooting squirt guns with the boys had long past. Playing with those toys didn’t turn me into a violent person or make me a gun fanatic. I like to think that I am a kind sensible person. I don’t know why I’m so bothered by toys that Rosebud will probably barely remember in the grand scheme of things. Part of me worries that people will think I’m a bad parent if Rosebud said anything about playing with toy guns. Then people would wonder what I’m teaching her or allowing her to see. I know I wonder that about some of the kids I work with. The ones who often talk about punching people and going around pretending to shoot guns. The teacher in me is conflicted. We don’t allow play with violent themes in our preschool class which I am fine with. However, I know that the best way for children to explore some of these really difficult themes is through play. It’s hard between finding a balance between exploration and working through issues and not hurting and scaring the other children.

It’s also about what it represents. We live in a different kind of world today. They report that the actual numbers of violent crimes are lower than they used to be, but they are so much more in our face with the constant media exposure. There is also the disconnect between children and adults. We might spend more time in the same spaces, but communicate less. 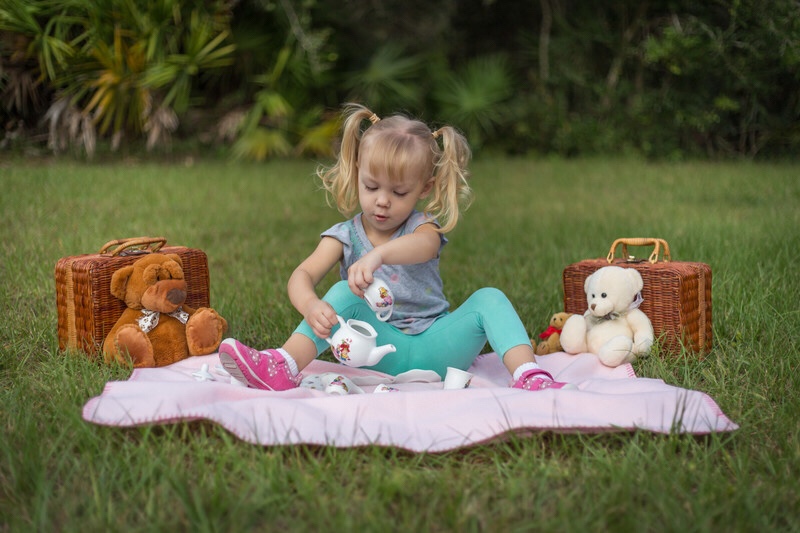 Rosebud had fun chasing and squirting me for about five minutes and while I never used the words shoot or gun, that doesn’t change the facts. It’s still a toy gun. I don’t want to have to talk about guns and all their consequences. I don’t want to explain how guns hurt and kill people, sometimes even children. One day I will have to when she’s old enough to understand and ask questions. For now, my Rosebud still drinks from a sippy, asks for stroller rides and won’t let go of her pacie. Children deserve that safety and innocence for as long as possible. Maybe it’s hypocritical based on my own childhood experiences, but I prefer Rosebud sticks to baking pretend pies, turning household objects into musical instruments and picnics with teddy bears. What do you do with toys you don’t approve of from well-meaning family members? Let me know in the comments.

1 thought on “Teddy Bears and Picnics”