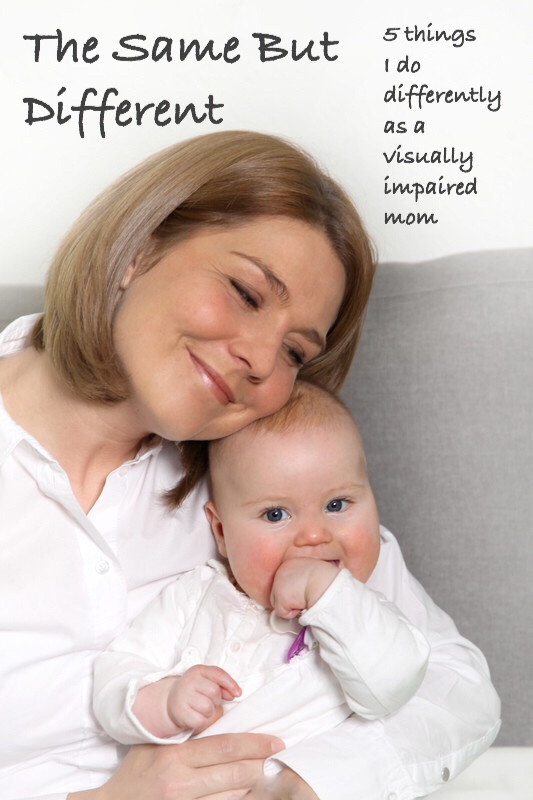 There are a lot of misconceptions out there and sometimes I get questions about how I do things as a visually impaired parent. I don’t think my life is out of the ordinary, but sometimes I might have to take an extra step or think outside the box to get things done. When the idea to do this post popped into my head, I thought of a couple things immediately, but for others, I really had to think about. Here are five things I do differently as a visually impaired mom. 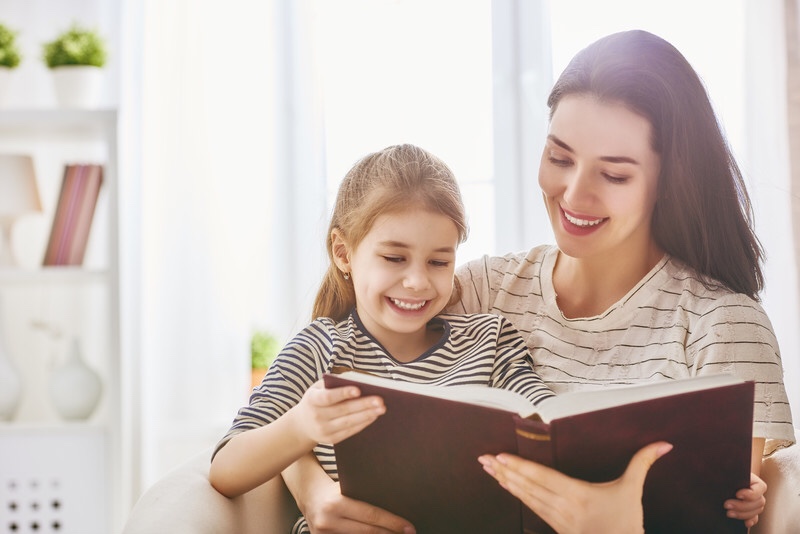 This is a big one because it not only involves reading stories to Rosebud, but I have to find alternative ways to read just about everything. Luckily, there have been so many amazing advances in technology since I was a kid and it has opened up the world to me, but generally, I just can’t pick up something and read it. There are several ways I read books to Rosebud. I have the regular books with Braille labels on them. The great thing about these books is that I can read them, but so can anyone else. They have the print as well as the pictures. I’ve found that this is the best way for me to read to her. That being said, the selection of books is somewhat limited and can get expensive. A great selection can be found here at BRL.

I find a lot of great books being read aloud on Youtube. I know it’s not the same as having the paper book, but it’s another way Rosebud can have access to books. There are a few books that we have the print copies of that she can follow along with them being read aloud. Here are a few of her favorites.

If You Give a Mouse a Brownie

Recently, I was told of a program in my area called Books on Wheels. Volunteers from the local library have started bringing children’s books to me twice per month. Although I can’t read these books to Rosebud, we can look at them and other family members can read them to her. I don’t want her to get bored with the books we have and this is another great way for her to get access to a huge variety of books. As she gets older, I plan on introducing her to audio books as well. She loves books and I want her to keep enjoying books throughout her life. 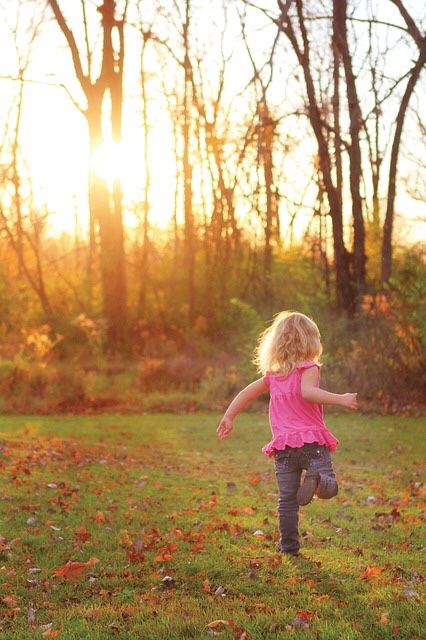 Since I can’t always see exactly what Rosebud is doing, I take safety very seriously. This is especially the case if we are in public, outside in a play area or walking down the street. If we are walking down the street or walking through a public place, she has to hold my hand with very few exceptions. As she gets older, I’ll give her a little more space, but for now, she has to hold my hand. That way I always know where she is. Sometimes she fights me on this, but it’s for her safety and my peace of mind. If we are out at the playground, she cannot run out of the play space. If she does, I give her one warning and if she doesn’t listen, we immediately go back home. I’ve had to do this a couple of times. It may sound mean, but I don’t want to have to chase her down in places I’m unfamiliar with and what if something happened before I got to her? I’d rather be safe than sorry. As she gets older, she will understand why I have that rule in place, but for now, she probably just thinks I’m a mean mom for five minutes. As she understands more and is able to explain where she wants to go, I’ll probably relax somewhat, but I think I’ll always worry a little extra. 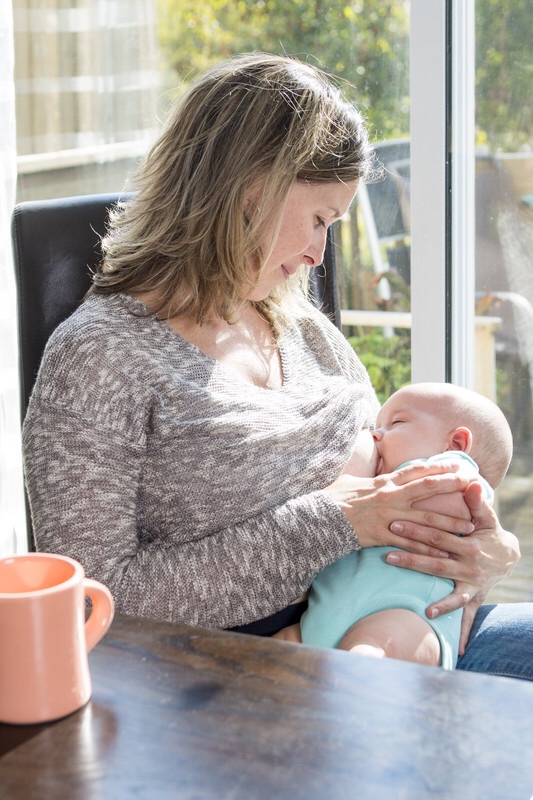 You’re probably wondering, what’s so different about that? Well, nothing really. I’ve heard a lot of people say that breast-feeding is such a visual thing and it probably is, but it didn’t work that way for me. Some of the hospital staff were concerned about my ability to breast-feed and at first, I had trouble getting her to latch. Partly because we were both new at it and because I was convinced that it was a visual thing so I wouldn’t be able to do it by feel. Of course, the visual aspect wasn’t working for me, so naturally I had to feel to help her latch. When I let go of the idea that I was doing it wrong, it worked much better. We found a way to make it work for us. As I thought about it more, I wondered how do moms get babies latched by sight in the middle of the night anyway? Do they turn a light on? I doubted it. Who wants to do that when you can role over and get back to sleep. 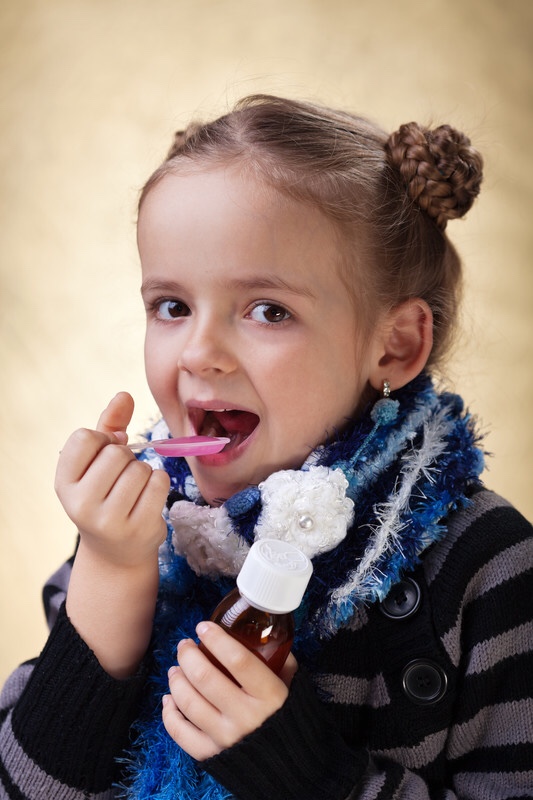 One question I’ve heard before and even wondered myself before I became a parent was, how would I give my child medicine? I have different techniques for measuring medicine. Whether it is for a syringe or cup, I have either the pharmacist or someone else mark the dosage with a black line. I have to keep an eye on this as the line fades after several washings. One way I’ve found that keeps the mark there is to put clear tape over the black line. The little medicine cups work the same way. For those who can’t see at all, they use a tactile marker. I’ve heard of people using puff paints or making an indentation with a knife. Also, here is the thermometer I use. 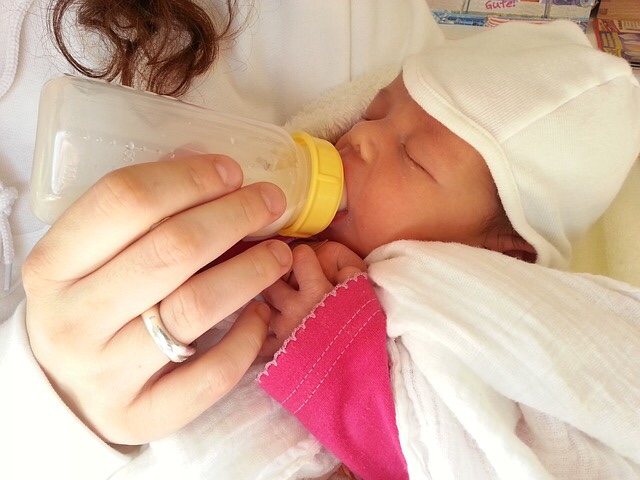 Since Rosebud was having such trouble with getting enough milk before leaving the hospital, I had to start supplementing with formula. This was not a road I wanted to go down because I did not want to have to worry about measuring the exact amounts of liquid and powder. I didn’t want to be downstairs in the middle of the night making bottles, but for the first couple months of Rosebud’s life, that’s where I was. When I left the hospital, they sent me home with the pre-made 2oz containers of ready made formula. Those were expensive to buy so I bought a larger container of the powder. I’d measure out the water using a 2oz container and then add the scoops of powder. I was lucky I didn’t have to stick with measuring out formula, but I had figured it out and it was definitely an option when I needed it. 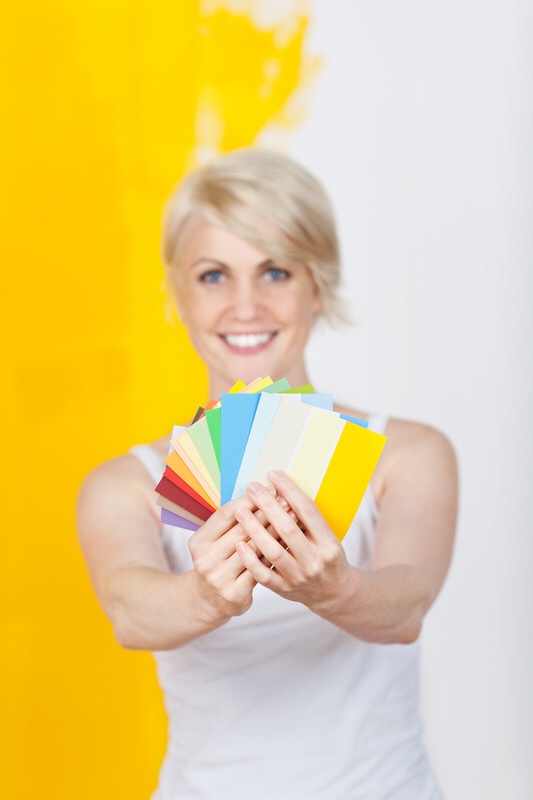 I have difficulty seeing color so sometimes I use an app called Seeing AI to identify colors. I use it a lot when I’m trying to match Rosebud’s socks. I try to get socks that are all white or that have distinctive patterns that I can easily match. Unfortunately, it doesn’t always work out that way so the color identifier comes to my rescue. For the rest of her clothes, I usually memorize or can see the colors, but occasionally if it’s a new outfit, I’ll use the app to tell me the colors. I worried about how I would teach her colors, but she already knows most of them. I’d point out colors of the items I knew, some of the tv shows she watches teach colors and other people would point out colors as well, so I really didn’t need to worry.

I also use apps on my phone to identify items. This was especially helpful with reading baby food jars since the labels are relatively small. I wished I would’ve had these apps when working in the infant room. I’ve also tried to use the app when reading books to Rosebud, but it’s too hard to try to read and repeat anything other than simple board books. Anyway, the app also comes in handy for reading mail, the directions on food packaging and for reading the error notices on my tv or computer screen. 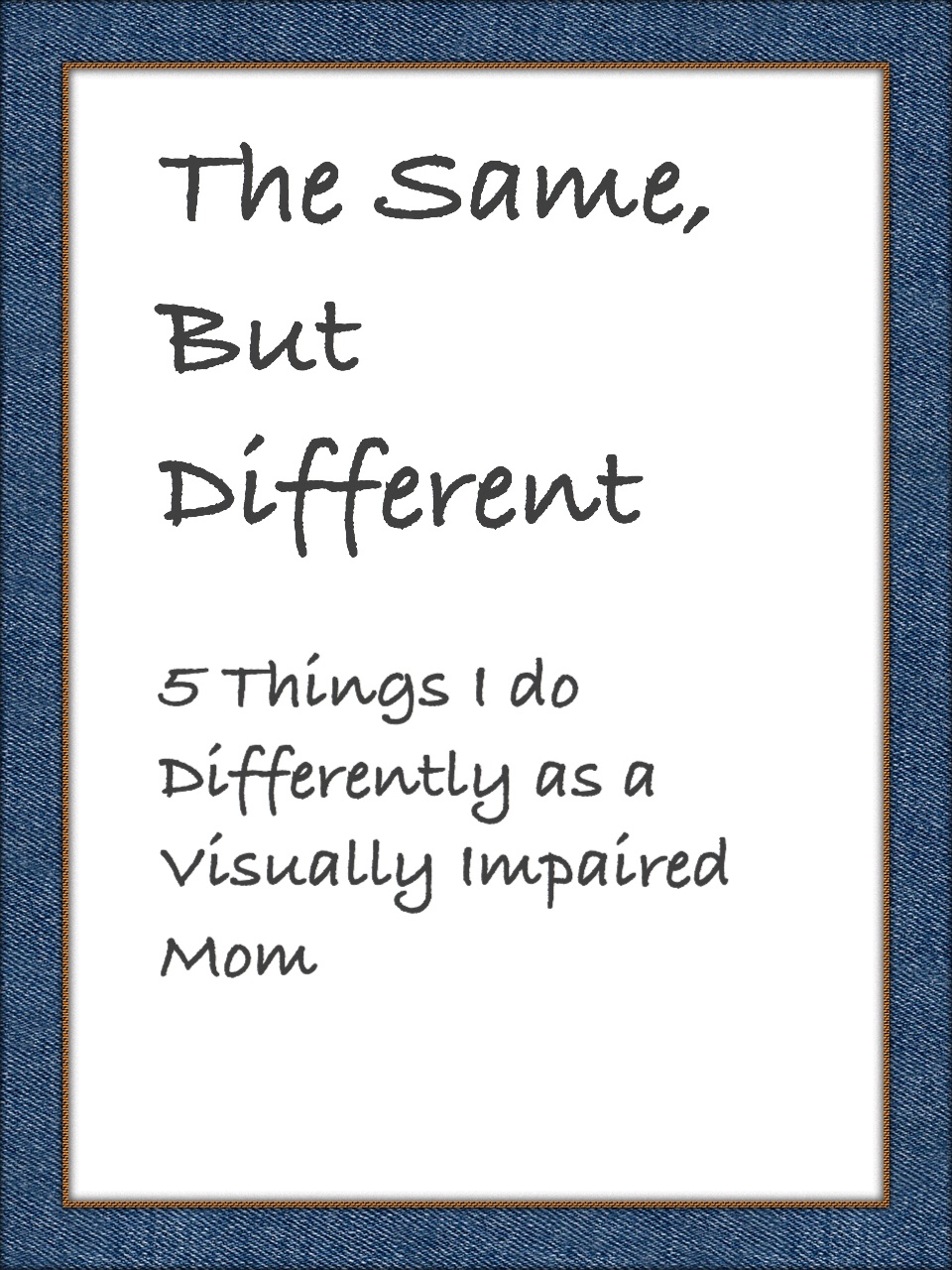 As a parent with a visual impairment, I do the same parenting tasks that other parents do, but sometimes I have to do them in a different way. I think that some people equate doing something differently with inability, but that’s not the case. If we all did everything the same, no one would ever come up with anything new and then how boring would the world be? Where would our world be without any outside the box thinking? Maybe my parenting journey looks a little different than yours, but my end goal is the same. We all want to raise healthy, happy well adjusted children.

2 thoughts on “The Same, But Different”