If you read my blog, you know I work in an early childhood program, but I’ve never really talked about my crazy schedule. At different points throughout the week, I work in all five classrooms. Also, I start at a different time each day which means my morning routines at home are slightly different from day to day. The changing start times is a recent thing and it’s not something I’m happy with, but that’s just the icing on the cake in all this disorganization.

On Mondays, I get to spend one hour in the infant room. It has always been my favorite room, but it’s the room I work in the least. My time with them today was the most relaxing and fun time I’ve had at work in a long time. There is one baby who is very needy. He wants to be held constantly and screams and cries loudly most of the time. It is very difficult to soothe him which frustrates his regular teachers. So, on Mondays during that one hour, they hand him over to me.

Today when I walked in, he was starting to fuss and was ready for a nap. I swaddled him and tried snuggling with him so he could fall asleep. Of course he doesn’t allow this without a fight. He squirms, cries and stiffens his body working against me instead of snuggling into me like babies do when they are relaxed. After a couple minutes of talking quietly to him and trying to find a position that was comfortable for him, he became more agitated so I stood up and we rocked and bounced until his eyes started to close. Eventually he was relaxed enough for me to sit in the chair. The bouncing motion finally did the trick. Although getting this child to sleep was a victory, that wasn’t the fun part and it certainly wasn’t relaxing.

When the baby finally quieted down and drifted off to sleep, I caught a glimpse of why I chose to become an early childhood educator. When I started out, I worked in a preschool classroom, but as time passed, I realized that wasn’t where I wanted to be. I’ve always loved babies and knew that I wanted to take care of them. When things went downhill at the preschool program I was working in, I started volunteering for the organization where I work now. Seven years ago, I started volunteering in the infant room once a week. I loved it! I watched babies learn to sit, stand, crawl and walk. I heard some of their first words and saw their amazing personalities come to life. I formed close bonds with many of those babies because my volunteering once a week lead to a job that was more permanent.

As we rocked in the chair, I remembered two babies sitting together in their squishy seats handing toys back and forth. They were best friends for two years and were able to move up all the way through preschool together. I remembered a baby coming in from outside and throwing himself on the floor because he realized that all the chairs at the lunch table were full. the poor thing thought he wasn’t going to be able to eat. Of course we quickly remedied that situation, but it seriously hurt his feelings. I remembered hugging that same baby and telling him to enjoy his first birthday party and to eat lots of cake. I remembered a baby who was in such pain from an ear infection and no one else could keep him calm. I watched those babies grow up and was able to work with many of them from infancy to the time they left for kindergarten. 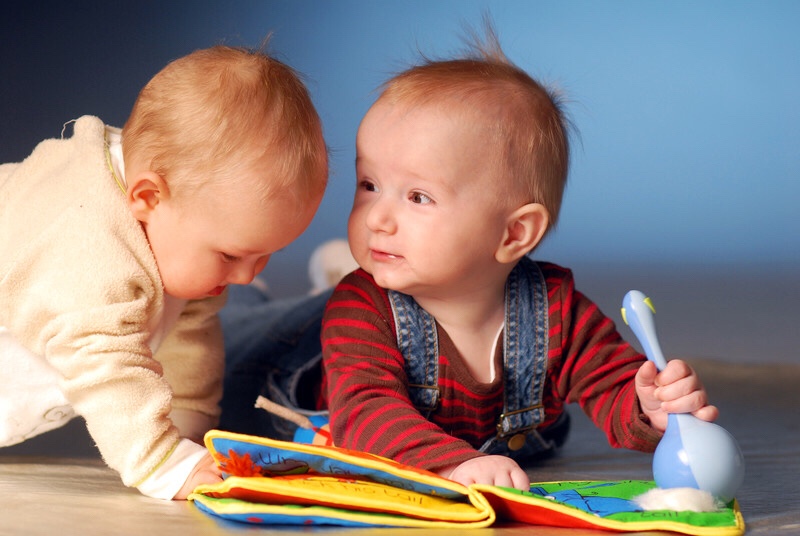 Now days, I’m not so lucky. I don’t get to build strong attachments with the babies anymore. they barely know me seeing me only once a week. I never bothered to put him down in his crib. I held him instead and when he woke up twenty minutes later, he was happy and ready to play. We sat him down next to a friend who is the same age and they quickly began to play together with the same car. For them each day and experience is new, but for me, it was like old times. I was watching two friends playing and learning together. I held and comforted a baby who needed it. That’s the best thing you can ask for that your baby is comfortable and safe with a person whom they trust. that is what I want for Rosebud and that is the reason behind my work. Although I will be going down a different path in the near future, it is memories like these that I will take with me.