It's a rainy day here, so we are stuck inside. I've been trying to find things to do to keep Rosebud occupied. First, Rosebud helped me make breakfast. She loves to mix badder whenever I bake, but today I made French toast. She loves to beat the eggs and then mix it with the milk and sugar. I always have to tare her away from this and I have to explain that it's time to cook and cooking on the stove is hot. 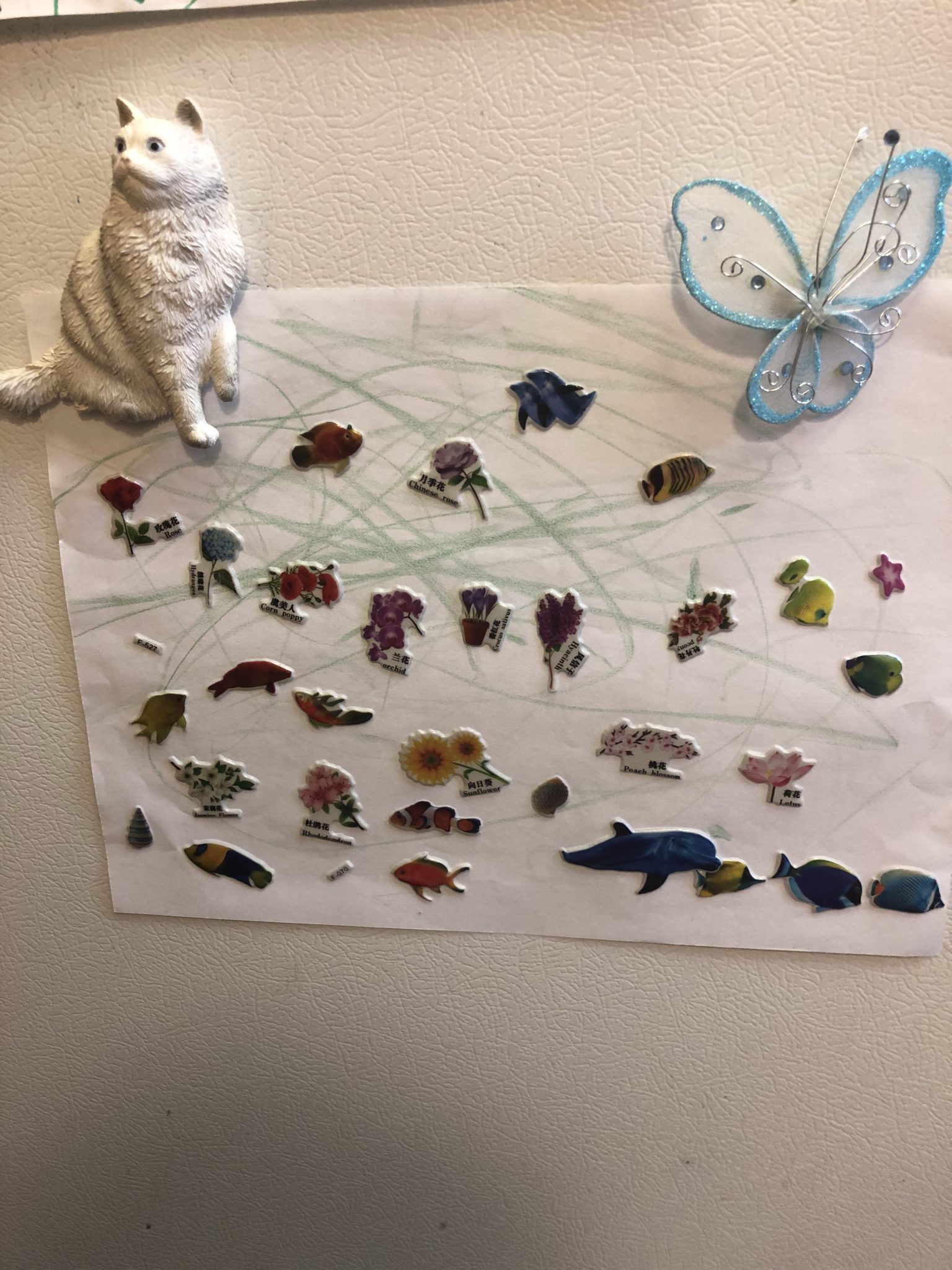 After breakfast, we decided to make another sticker collage. This time with fish and flowers. Less than ten minutes later, I was scrambling again to find something to do.

Rosebud loves to go through my drawer of craft supplies which mostly consists of beads, shells and other jewelry making items. I had some string and larger beads so I thought, why not try some beading. It's a great fine motor activity and Rosebud loves to wear necklaces. I cut the string and put a little piece of tape on the end. We often do that for the kids at work to make it easier to pull the string through the beads. However, when we started beading, the tape was making the string too big to pull through the beads. 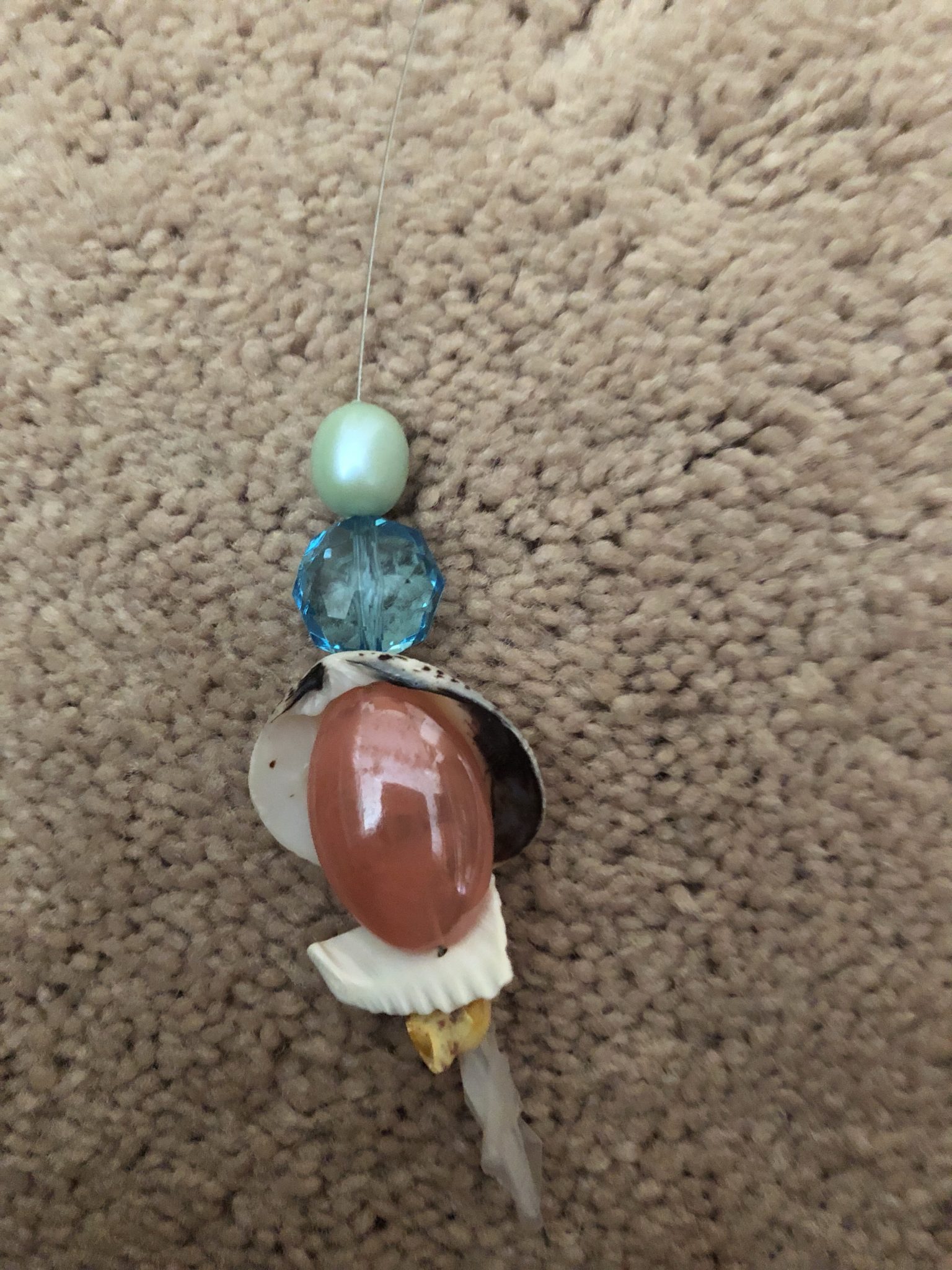 I had to go to plan B. I was hesitant to use the wire, but I was supervising her and knew it would be easier to get the beads on. I showed her how to string the beads which she was having trouble with. I expected this, as it was her first time. I decided that I'd put the beads on for her, but she had to pick out her beads and hand them to me. She picked out a couple of beads and then lost her train of thought. When I'd ask her which bead she wanted next, she'd say, "making a necklace." Then just scattered the beads around. 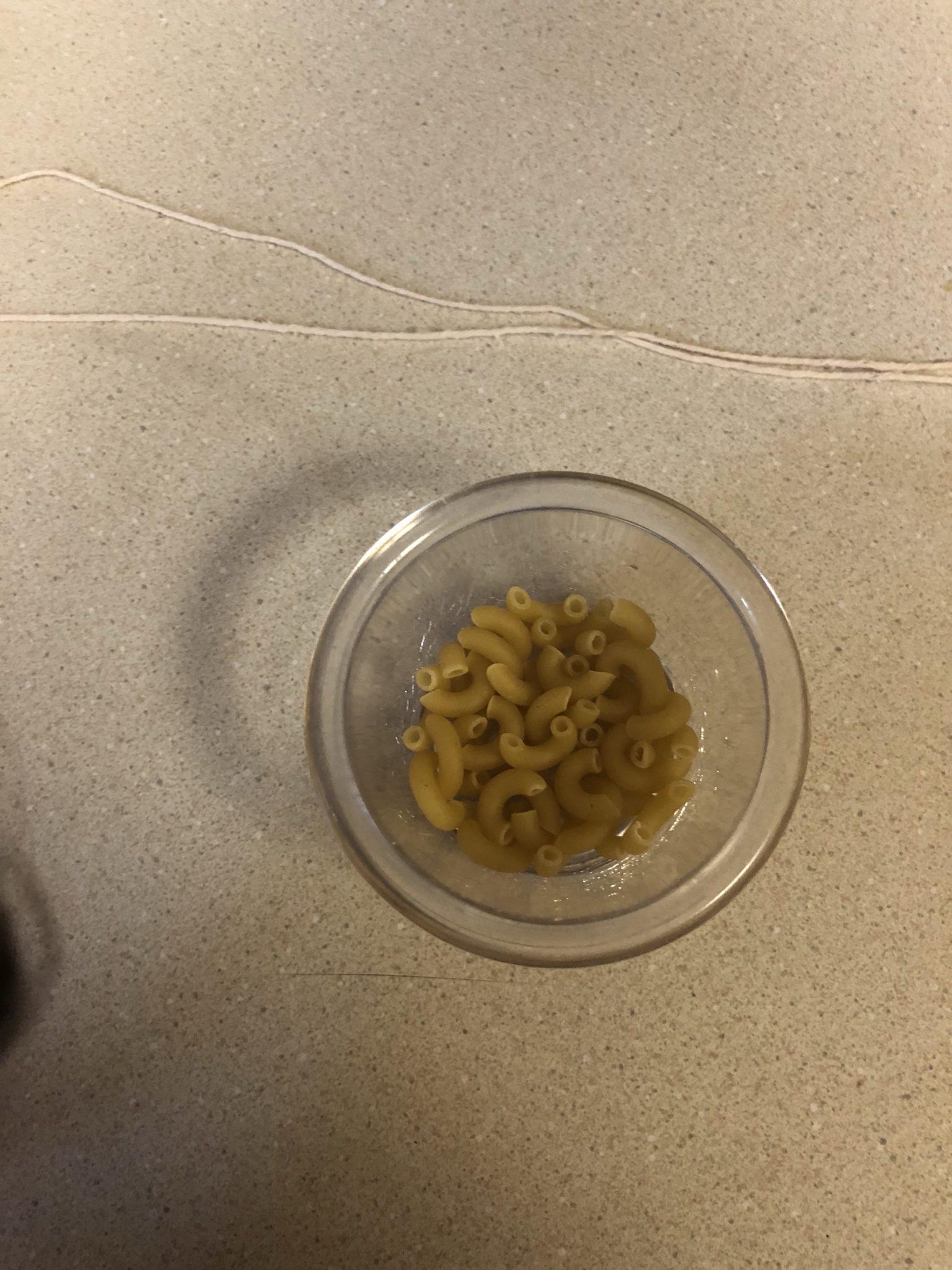 This was turning out to be a failure so it was time for a plan C. After a couple of good loud screams and plenty of tears, I packed up the beads and returned to the kitchen with the original piece of string. I thought we could try macaroni. Rosebud was excited about this, but the first thing she did was put a piece of raw macaroni in her mouth. I immediately picked everything up and tried to explain why we don't eat uncooked macaroni. We tried again and of course, the macaroni I have is too small to get the string through. There were more tears until she realized that she wanted to eat lunch. 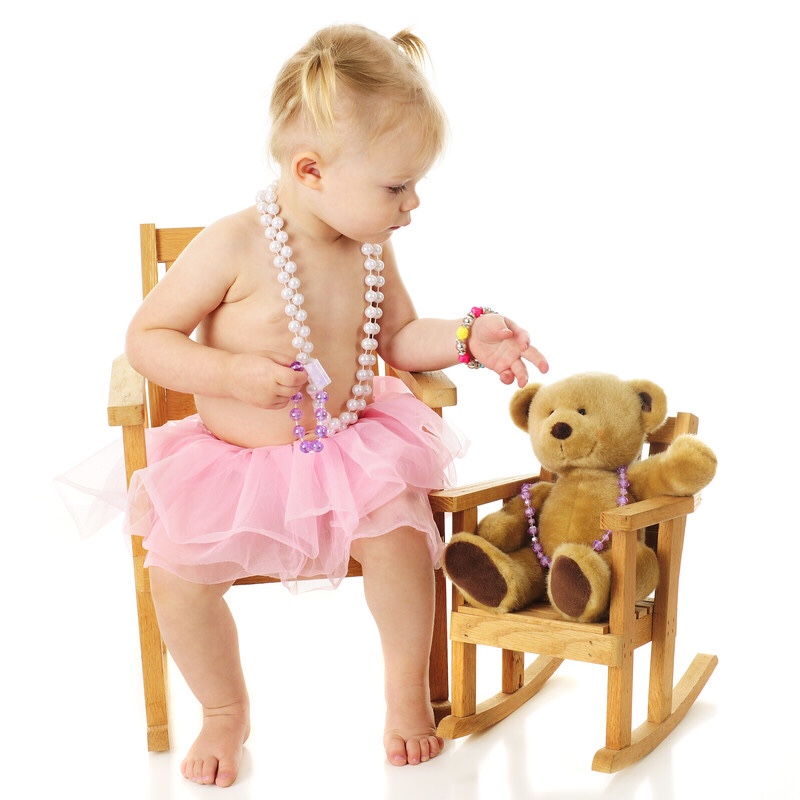 What did I learn?

1. Have the appropriate materials on hand.

2. Remember how young she actually is.

4. It's not a failure, it's practice. She was introduced to a new activity and we'll both do better next time.

5. The answer to today's question, is not to bead.
For Practice: