Up until now, Rosebud has been cared for by family members while I work. I’ve never even left her with a baby sitter or a trusted friend. Leaving her with someone I don’t know at all has been completely out of the question. I had very negative experiences with baby sitters and childcare centers as a kid, so the thought of Rosebud being anywhere other than at home causes me a lot of anxiety. I’ve seen what can happen first hand and just the idea that anything could happen to my daughter is scary. If you’ve been reading my blog, you know that I work in a childcare center. Most people would think that the obvious solution would be to bring her to where I work, but the truth is that I know too much. I know exactly what goes on there and there are too many things I don’t want Rosebud exposed to. One example is this experience, but that’s only the tip of the iceberg. If it were up to me, we’d live in a society where children didn’t have to go to childcare and they could spend most of the time with their parents, but we live in a world where most families need two incomes just to survive. 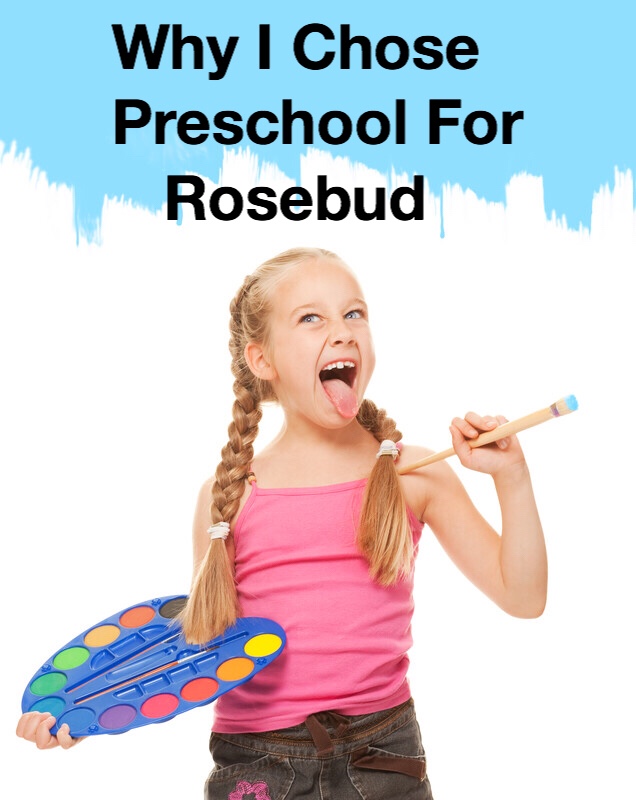 After Rosebud turned three, I started noticing a lot of changes in her. She wasn’t listening, she’d argue with everything I said and it seemed like there was something missing for her. She seemed bored. Bored with me and bored with her toys. She seemed more interested in watching tv until we went screen free for a while. 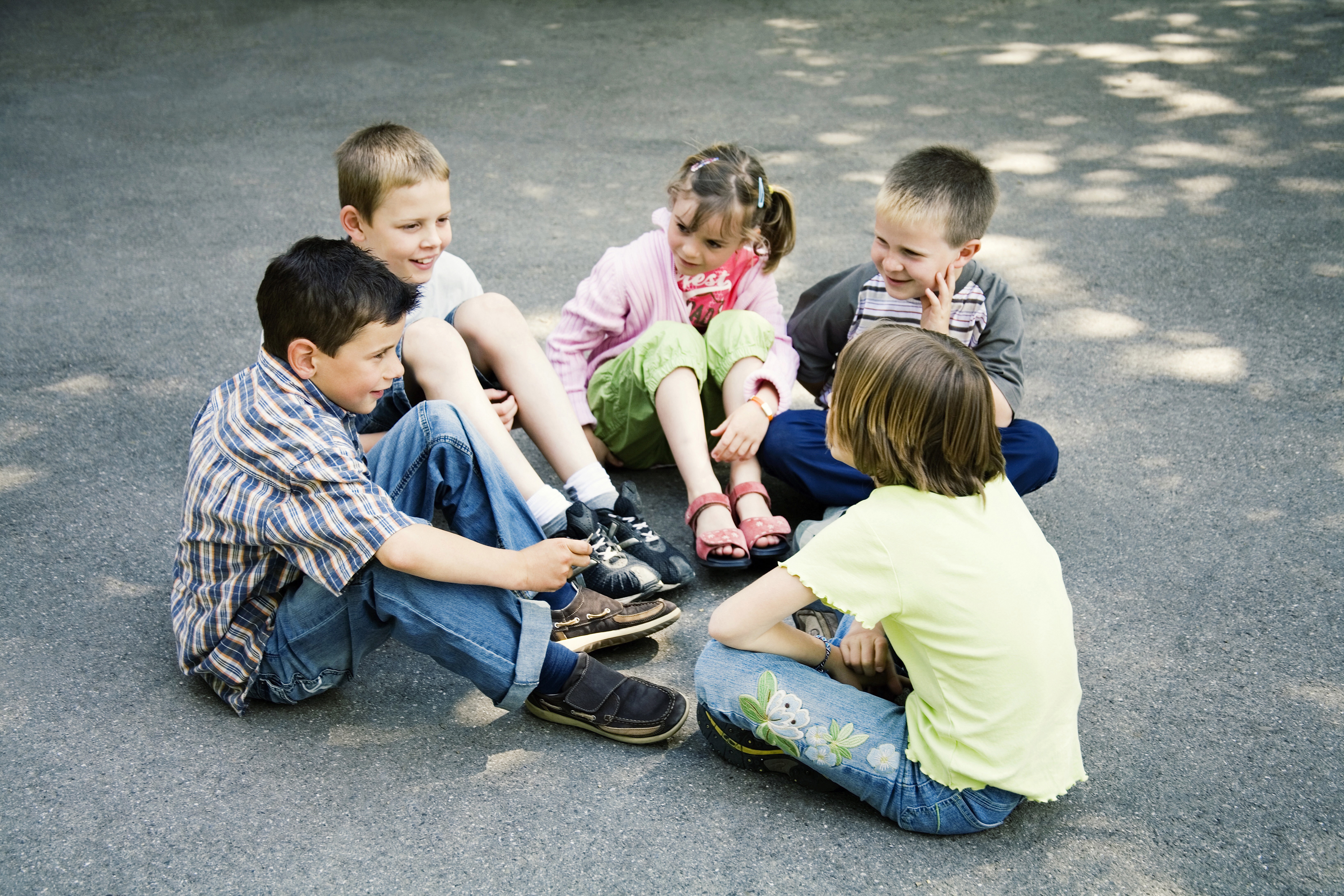 Her only friend was Little Guy and he only came over occasionally. He comes over even less now since he switched childcare programs. She’d often beg me to have Little Guy come visit, but when he was here, she’d struggle with the idea of sharing her toys. She loves Little Guy. They have a good time together, but since he is a year younger, they don’t play on the same level. she’s really into creative and imaginative play. She loves to set up pretend parties, create art and build intricate buildings out of blocks. On the other hand, Little Guy loves to play on his own. He’s happy with a bunch of rubber ducks or pushing food around in a toy cart which is completely appropriate for his age. His idea of playing with another kid is a boisterous game of chase which Rosebud loves, but she wants to do other things as well. There are two separate struggles there. Rosebud is an only child and is not used to sharing her toys and you add the fact that they aren’t on the same level and don’t always understand each other. It has made for some interesting play dates, but no matter what happens, they seem to forget and love each other in the end. Rosebud talks about Little Guy every day when they don’t see each other and Little Guy smiles and runs right in like he owns the place when he comes back to visit. That being said, I know Rosebud needs more in terms of learning to share and making new friends. 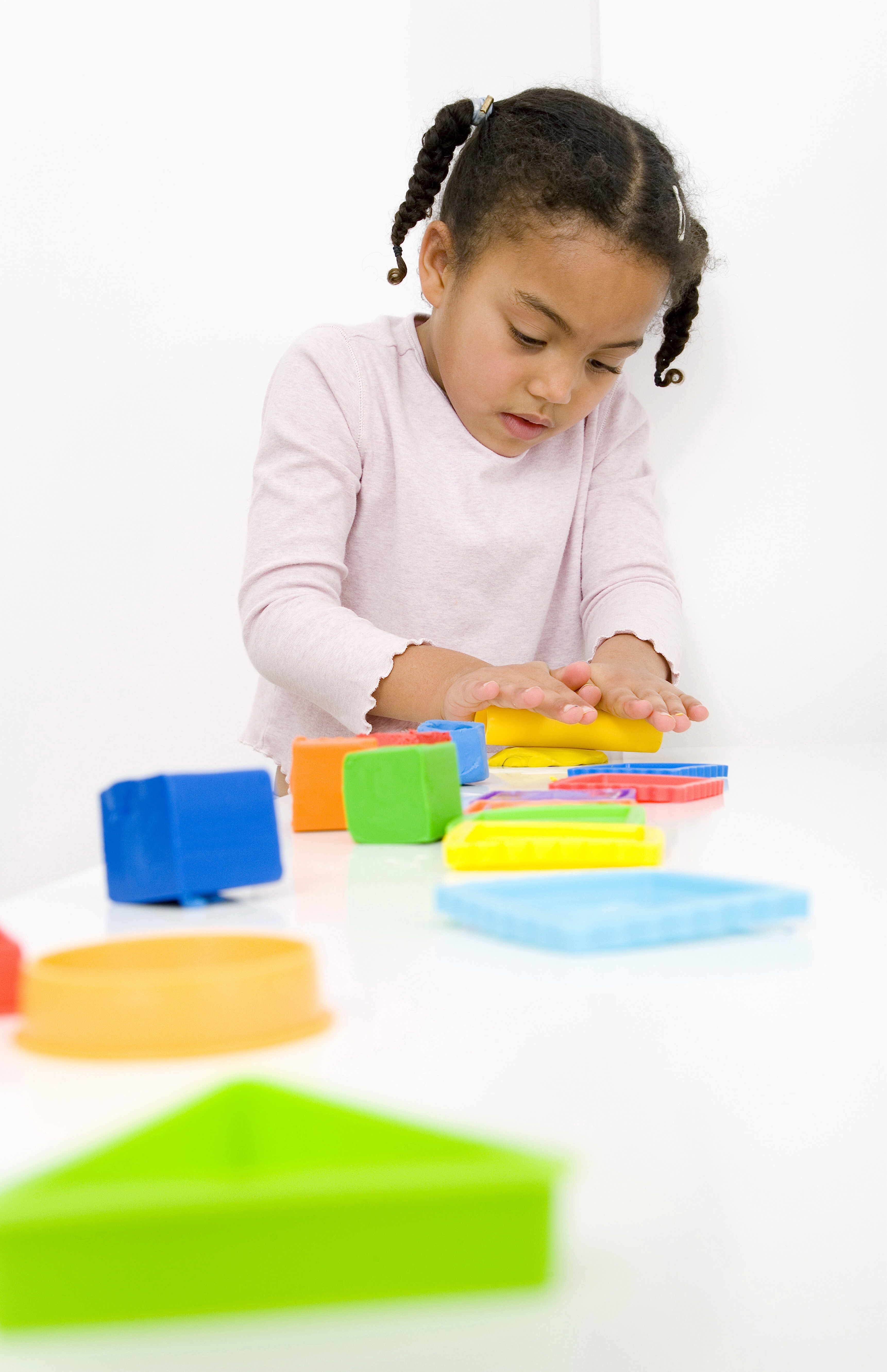 Yes. The mom guilt. The struggle is real! Being an early childhood educator, I always felt guilty for not doing enough with Rosebud. At least I felt like I wasn’t doing enough. I wanted to make new sensory bins every week or two, try all kinds of different types of play-dough and do a bunch of art activities. Oh and let’s not forget that she needs outside time. The problem is there aren’t enough hours in the day. When am I going to do all that? I work and am tired when I get home. I work with kids all day and the last thing I want to do when I get home is get out messy finger paints or make up a new batch of play-dough. All I want to do is relax, but what I need to do is make dinner, clean and get ready for the next day. That doesn’t leave me much time with Rosebud, so I usually take her to play outside. I feel a lot of guilt over this because the last thing I want to do is take care of and play with other kids instead of my own, but that’s what I have to do every day. We do art on rainy days and I make up new sensory bins once a month. The crayons and markers are always available to her and we do lots of pretend play in her kitchen. Over the past six months, the mom guilt has been really nagging at me. 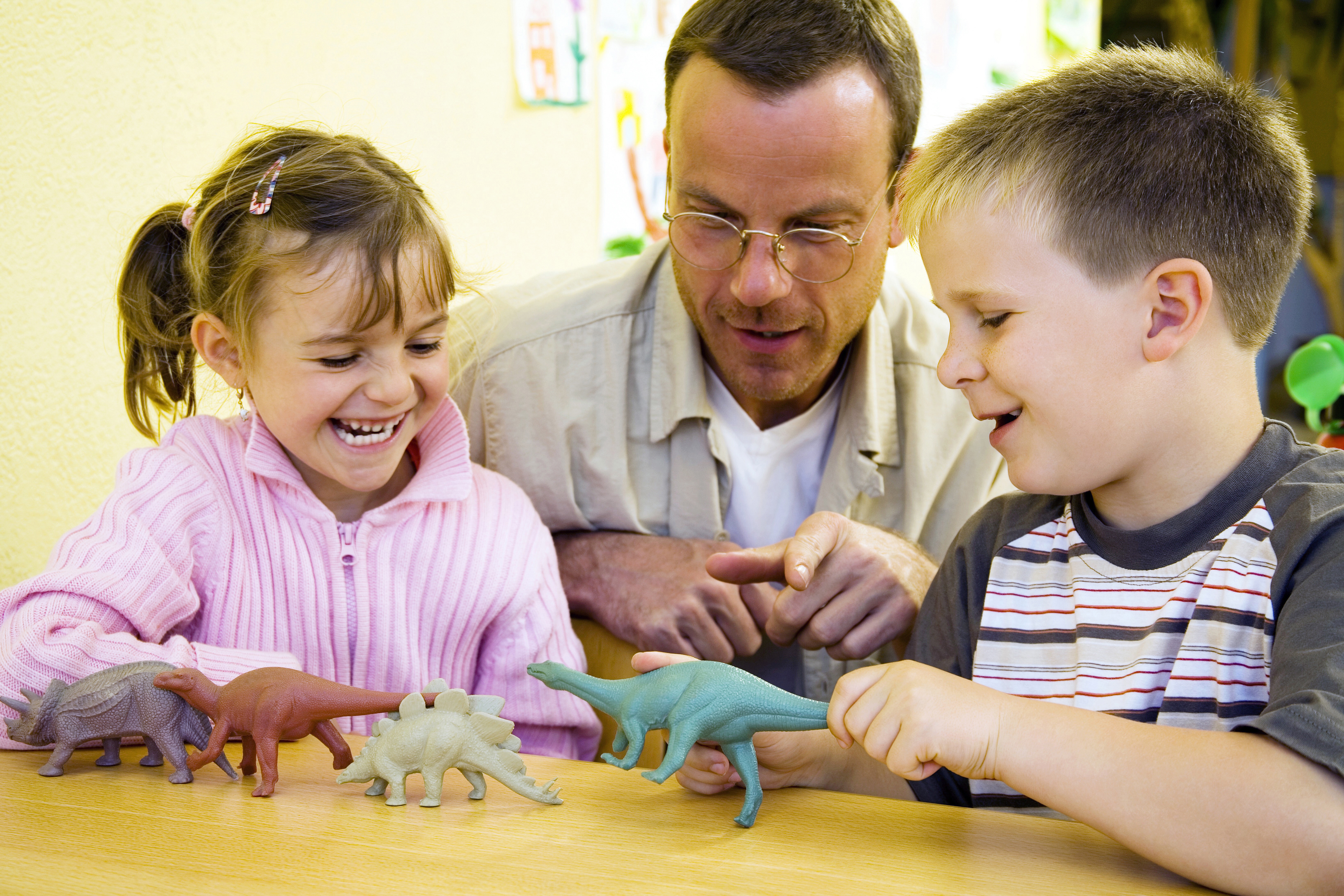 Next fall, Rosebud will be old enough to do the public pre-k, but from what I’ve seen, pre-k is pretty academic these days. I didn’t want Rosebud to go from no structure to all the structure. Academically, I don’t think it would be a problem. She knows her colors, shapes, numbers and is starting to recognize many letters. She knows a lot about the world around her and is a fast learner. I don’t want school to be a negative experience for her, but I think it would be if there were no transition in between. 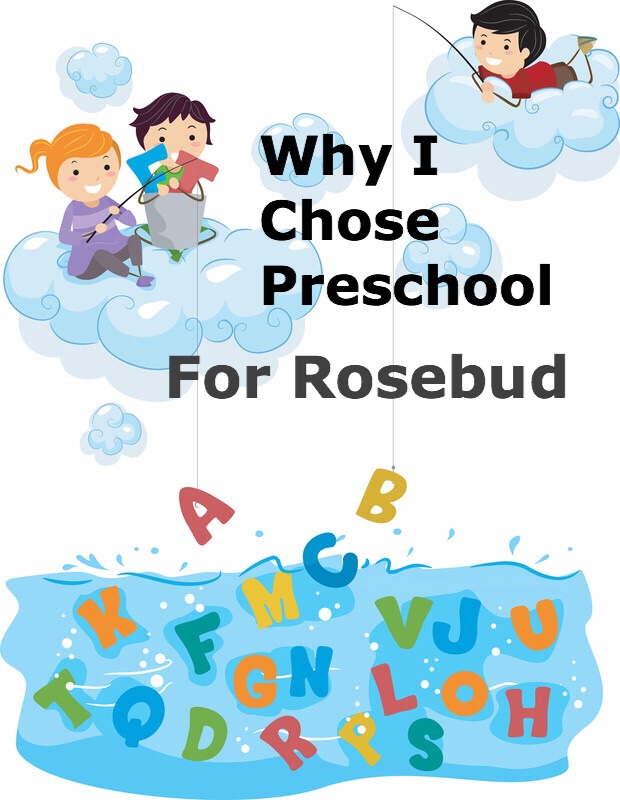 Up until June, I was still on the fence about what to do. I often hear about the different local programs and I know the signs of a quality early childhood program so that’s what I look for. There are only three programs in my area that have a really good reputation. Unfortunately, cost is definitely a factor, so I was holding off. Then one day, someone told me about this preschool summer camp. It’s a three week session that runs three days per week. They do art, music, story time and outside play. It’s only a morning program. It seemed perfect. It was the perfect way to find out how Rosebud would react in a preschool environment. So far, so good. She’s finished her first week. She’s been on a nature walk, painted pictures and played with new toys. More importantly, she’s been playing with other kids. According to her teacher, she helps out in the classroom and is wonderful. The best thing is that she’s so happy in the afternoons. She tells me about her day and is excited to go back. I’ve noticed that she is less bored and is listening better. She even took a nap one afternoon which she hadn’t done in months. I am relieved that she is enjoying it and that her teacher seems to like her.

Back when I enrolled her in the summer preschool, I asked about their fall preschool program. They have a two, three or five day option. I chose the two day option for the fall. Now I’m kind of regretting not going with the three day option, but I wanted to see how things go. What I like about this preschool is that it’s play based and parents have said all good things about the program. I agonized over this decision, but it was a huge step for me and for Rosebud too. While I still worry and wonder what she is doing throughout the day, I know that I made the right decision. She needs this for her social and emotional development and I know she’ll learn things along the way. Now that I know she’ll be getting some other enrichment, I won’t be as worried that I’m not doing enough. I can just enjoy my time with her no matter what we are doing. Is your child starting preschool this fall? What was the deciding factor for you? Tell me in the comments.

2 thoughts on “Why I Chose Preschool for Rosebud”