I think of myself as organized and like to think things through. I prefer to stick to my routines until I get bored out of my mind and then I’ll finally switch it up. I usually prefer familiarity over adventure. Although I’m not opposed to trying new things, it sometimes takes some convincing. I like to think of myself as a planner with flexibility. Meaning I like to make plans, but they aren’t set in stone. I’m okay with a last minute change or two, but generally I like to keep moving in the direction I was headed. That whole version of myself flew out the window when I became a parent. Everything I had imagined and planned out in my head was turned completely up-side-down.

I had always planned on having children, but it was a question of when. I imagined I’d be married, working in a good job and living in a house with a yard. You know… The perfect picture of the perfect family. When I found out I was pregnant, I had none of those things so I often wondered what my child’s life would be like. Would I be able to give her everything I wanted to? I had been creating this picture in my head for years. I was inspired by the stay at home moms who blogged about their homemade baby foods, the cool activities they did with their kids, the cute little lunches they prepared, the play dates, the classes, the freedom and ability to stay home with their children. Somehow, I imagined that’s where I’d be. At home with my baby. I’d prepare homemade baby foods. I’d do all these cool activities with my kids because I have an early childhood education background. Then I’d have something interesting to blog about. 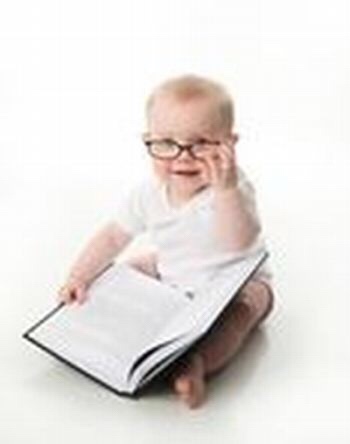 Well, that’s not how things turned out. I’m a working mom who is often too tired when she gets home to prepare and actually do activities. Most nights, we settle for coloring with crayons and a blank notebook. We might snuggle in the chair reading a book or singing songs because that doesn’t require any extra preparation. Sometimes I feel overwhelmed by working with children all day and want to zone out, but I know I can’t. My daughter is depending on me to talk to her and play with her.
I never planned on co-sleeping because they say it’s not safe. Plus how can you get a good nights sleep with a baby in your bed? My need for sleep quickly became much more important than any of the crazy ideas I had before I became a parent. Rosebud slept with me for the first fifteen months of her life and contrary to my previous beliefs, I got more rest with her right next to me. I know because occasionally I’d try putting her in her own bed and the separation was harder on me.

I was never going to be a mom who breast-fed. I thought it’d be gross. No one in my family had breast-fed so I knew little about it. I had made up my mind on that years ago, but while I was pregnant, there was so much pressure from society and the research pointing out all the benefits eventually sold me on the idea. Not to mention the convenience of not having to get up and make bottles in the middle of the night. I had no idea how hard it would be and the guilt I would feel when it wasn’t working. I struggled and struggled, but Rosebud and I eventually figured it out together. I never planned on feeling so strongly or being so persistent. She was breast-fed, bottle fed and had to have formula supplementation for a while, but she was and is healthy.
I was going to make her baby food, but then life got in the way. I was tired. I didn’t want to spend so much time in the kitchen so the convenience of store bought food won out. I’ve come to realize it’s not the end of the world. I’m not a bad parent because I didn’t purée her food. So what if it was already prepared. So what if I can’t always buy organic or buy the best brand on the shelf. Isn’t it more important that she is fed and healthy?

In the end, these are short seasons. In parenting there will always be something we are questioning. We will make mistakes. Things will not go as planned. That is the nature of children. They usually march to the beat of their own drum. I think these plans we make or expectations we have end up hurting us and getting the way. They can make us feel ashamed, guilty or not good enough. When in reality, it’s not working because we’ve set the bar extremely high. I think compassion is the key here. I have found strength in letting some of my plans go and focusing on what really matters. The good stuff like health, laughter, time spent together and showing Rosebud that she is loved.